National conference „Effects of the anti-corruption policies in Montenegro 2012/2013- Recommendations for their Improvement“ was held on September 27th, 2012 at PR Center in Podgorica.

At the National conference, Annual ”Analysis of the Effects of Anti-Corruption policies in Montenegro and Recommendations for their Improvement“ was presented. This document represents valuable sum of results of qualitative research on effects of anti-corruption measures undertaken in Montenegro. This research, as well as the National conference, is supported by the Open Society Foundation- Think Tank Fund from Budapest.

The Conference was opened by keynote speech of Mr. Duško Marković, Deputy prime Minister and President of the national Commission for Monitoring of Implementation of Action Plan for the Fight against Corruption and Organized Crime and Mr. Zlatko Vujović, President of Governing Board of CeMI.

Numerous recommendations for improvement of situation in areas of political, economic corruption and integrity were given during this conference. In addition, a discussion on forthcoming creation of Agency for the Fight against Corruption was led among participants. This concept is finally promoted in the national Action Plan for the Chapter 23 of the EU negotiations, after many years of CeMI’s advocacy. Participants were speaking about necessity of defining jurisdictions and powers of this institution as well as its position in the institutional system.

New report „Analysis of the Effects of Anti-Corruption policies in Montenegro and Recommendations for their Improvement” was highly appreciated by all participants, which recognized its recommendations as constructive and necessary in forthcoming anti-corruption efforts of relevant institutions.

Among recommendations related to the fight against political corruption, constant necessity for strong and independent institutional framework with adequate capacities for implementation of the law is underlined, as well as adoption of the laws which are aligned with international standards and their consistent implementation. In the area of economic corruption improvement is needed in transparency of processes of budget creation, management and audit, as well as in coordination of work of various institutions and information sharing.

Policy study: “Analysis of the Effects of Anti-Corruption Policies in Montenegro and Recommendations for their Improvement” 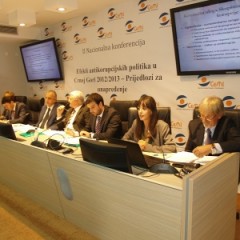 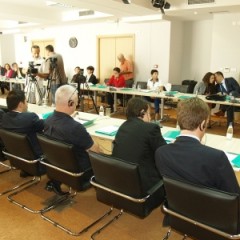 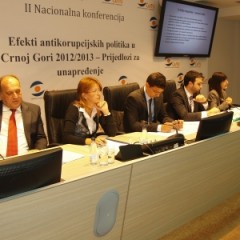 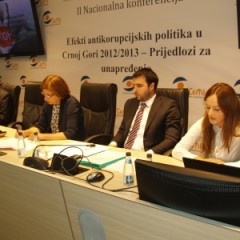