Within the project „Balkan Electoral Comparative Study: Impact of Personal Vote on Internal Party Democracy“, on September 13 -14, 2014 in Podgorica, CeMI organized preparatory meeting for researchers engaged in the project.

Project „Balkan Electoral Comparative Study: Impact of Personal Vote on Internal Party Democracy“ is being implemented by the Center for Monitoring and Research CeMI in cooperation with the partners Faculty of Political Sciences in Belgrade and Kosovar Think Tank KIPRED. Experts and researchers from Bosnia and Herzegovina are also included in the project. The project is being implemented within the „Regional Research Promotion Programme“ – RRPP, funded by Swiss Agency for Democracy and Cooperation SDC implemented by the University Friburg.

At the preparatory meeting were discussed planned activities, adopted detailed action plan until the end of the implementation of the project. Emphasize was given on the consideration of methodology of the research and the way of data collection.

Special attention is paid to the implementation of national researches within the global project “Comparative Candidate Study”. Upon the proposal of the national teams, CCS appointed national directors for researches. They are: for Bosnia and Herzegovina, Amer Osmic, for Serbia Dusan Spasojevic, Kosovo Albert Krasnici and for Montenegro Zlatko Vujovic.

Obligations of the national teams and individual members in them for the next period were specified in details at the preparatory meeting. 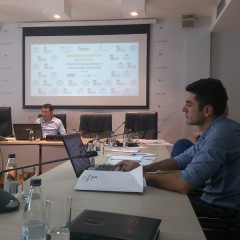 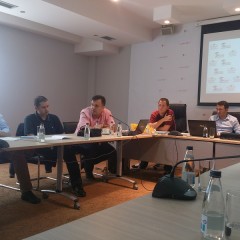 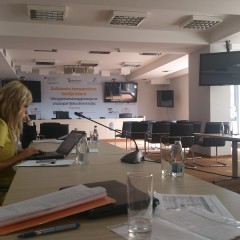