VIDEO: Presented results of the research on geneder equality in politics in Montenegro

On 19th of December 2014, Center for Monitoring and Research held a press conference aimed at presentation of results of the public opinion survey on gender equality in politics in Montenegro. The research was conducted within project Political Activism of Women in Montenegro, which is being implemented from 1st of September until 31st of December, with support of Friedrih Ebert Stiftung.

The survey comprised 808 respondents older than the age of 18 in all municipalities in Montenegro, proportional to the size of population. It was carried out by telephone (CATI technique), on the basis of random sampling. When it comes t duration of the research, it was conducted between 28th of November till 13th of December 2014.

According to the results, women are in need of greater support for political engagement and taking key positions in the state. Three quarters of citizens consider that women are not represented enough in executive and legislative branch of power, which – according to their opinion – falls under responsibility of entire Montenegrin society in the first place, followed by responsibility of families and political parties. Nevertheless, citizens recognize the there has been some improvement in this field in the last five years, due to actions undertaken by female citizens and activists from civil society. 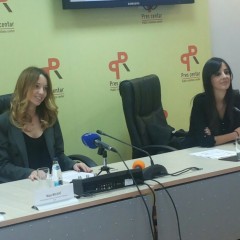 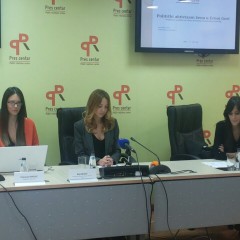