Press Release regarding the ID of the citizens of Montenegro 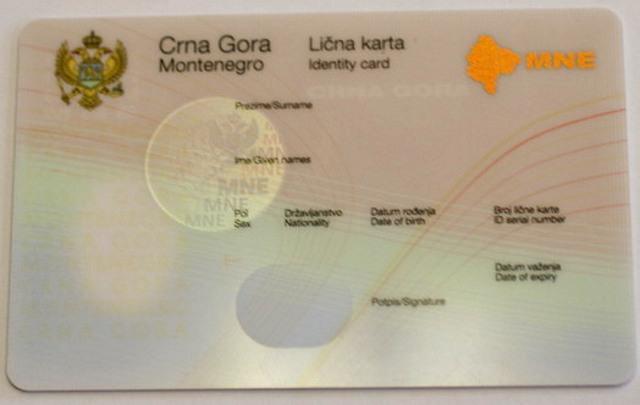 Namely, after experts confirmed that Montenegrin ID card is not a bio-metric document, and having in mind that the Identity Card Law doesn’t define this document as “bio-metric”, the question is how to interpret provision from Article 80 of the Law on the Election of Councilors and Representatives that states: “Voter announces his/her name to the Electoral Board, and proves his/her identity with biometric identity card or passport”. If this Law is going to be implemented verbatim, the voter won’t be able to prove his/her identity based on ID card, therefore won’t be able to vote using only this document.

The fact that ID cards aren’t biometric document, also questions the effectiveness of electronic identification of voters, since the device doesn’t recognize coded photo/biometric data of the voter, but it only connects textual data on the card with the picture in the system.

CeMI expresses discontent and demands responsibility of those who spent large means to create electronic system for voters’ identification that is not able to provide sufficient level of reliability of control. Unfortunately, until yesterday state officials of the Ministry of Internal Affairs deceived public. It is important to emphasize responsibility of previous Ministry of Internal Affairs’ administration which coordinated the production of electronic voters’ identification system. The Ministry had to react during the alteration of the Law on the Election of Councilors and Representatives and indicate that Montenegrin citizens aren’t obliged to use biometric documents. We can determine with great regret that there is a huge disproportion between the invested and obtained when it comes to the development of the electronic voters’ identification system. System of the electronic identification of voters definitely represents a step forward, but that step is small and it is not enough to reliably claim that misuses are not present during the Election day. A positive side is that citizens, international and domestic observers found out the truth, which will contribute to a higher level of caution during the observation of the election process.

Since there is no enough time to intervene before the elections, the only thing that can be done in order to citizens achieve their right with ID card is to alter the Law on the Election of Councilors and Representatives in Article 80, and after that other possible practical consequences of this fact  on the electoral system must be considered.

Leave a reply Click here to cancel the reply