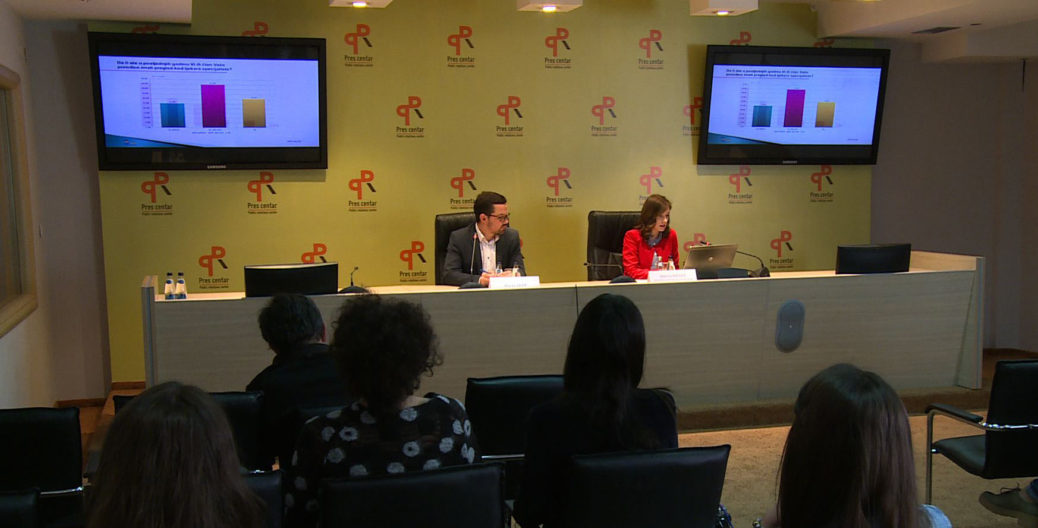 More than half citizens of Montenegro are not aware of their rights as patients, while a quarter believe that the quality of health services deteriorated, according to a survey of the Center for Monitoring and Research (CeMI).

Project coordinator CeMI, Marko Savic, explained the survey was conducted from December of ast year to January of this year, on a sample of 1,006 randomly selected respondents.

According to him, 35.6 percent of respondents say that, in a space where a doctor examines a patient, it is usual that an unknown person, without any explanation of their presence, enters the room. This attitude of the respondents, as he explained, coincides with the number of anonymous reports obtained through the application www.zdravozdravstvo.me.

42 percent of respondents think that corruption is present in the health system of Montenegro, while only 12.3 percent think that in this area there is no corruption. There has been a change of attitude in relation to research conducted in 2013 and 2016, “said Savic.

He pointed out that the trend of growth in cases when a doctor from the state institutions refer to a particular private clinic for services that can be obtained free of charge in the state, but must pay a private clinic.

“22.2 percent of respondents stated that there often happens that a doctor from the state institutions instructed a patient to a certain private clinic for services that can be obtained free of charge in a state that must be paid at a private clinic. In 2016, 18.4 per cent stated that they had this experience, “said Savic.

He said that by the end of the study they will try to examine how and how much to increase the percentage of the presence of corruption in the health sector, affecting changes to legislation, because, as he pointed out, they are still waiting for the reply of the Ministry of Health on the number of those who received the “green light” from the Minister for additional work in private practice.

Psychologist in the Department for Public Opinion Research CeMI, Milena Nikolic said that, long waits for specialist examinations is one of the most prominent problems and that, as she said, 44.5 percent of respondents believe that they wait long for a review.

“Of the 702 respondents who visited a specialist physician in the past year, 39 percent of them indicated that the examination or other medical services were waiting less than a week, while 5.8 percent of them waited more than half a year,” explained Nikolic .

She pointed out that about 46 percent of the respondents think that the physicians treat patients with respect, and understandably explain their state of health.

She pointed out that a large number of respondents, nearly 92 percent said they were not aware of the existence of an association of patients.

“Introducing people to patients’ association may be important for improving the health system, since the association of patients is a kind of support where patients can be informed that this is a system that can fight for the rights of patients and to be someone who is going to propose policy and negotiating with decision makers, “said Nikolić.