The bailiffs have received about 200 thousand cases for three years 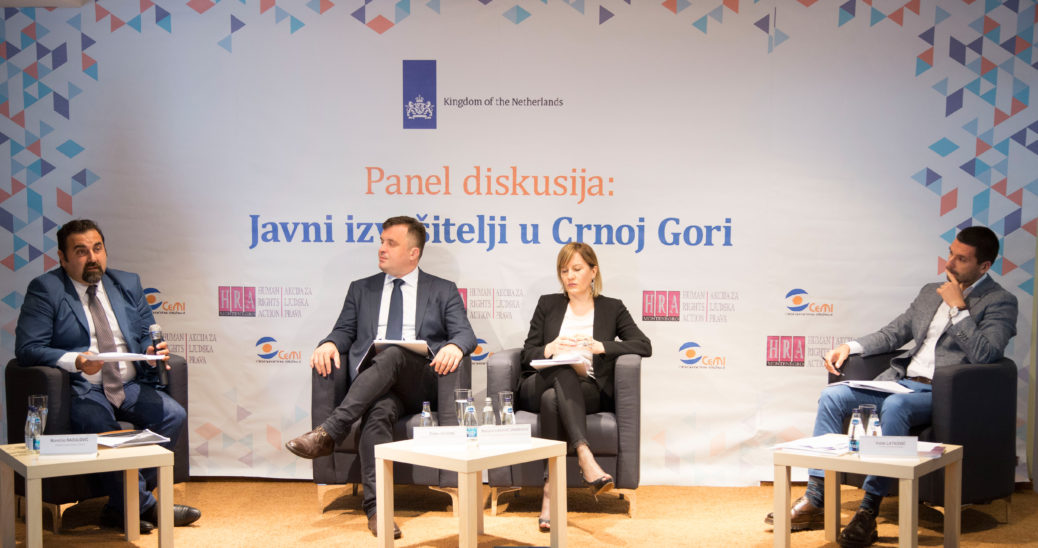 In the work of bailiffs, in the last three years of their existence, many misuses were noticed, but with the introduction of this legal institute, courts were relieved of many enforcement cases – it was announced at the panel “Bailiffs in Montenegro”.

At the panel, which was organized in cooperation with the Human Rights in Action, with the support of the Embassy of the Kingdom of the Netherlands, it was announced that the bailiffs, for three years, have received about 200 thousand pending cases and collected 150 million cash claims.

President of the Governing Board of the Centre for Monitoring and Research (CeMI) Zlatko Vujovic, said that the work of bailiffs in a short period of time became “very controversial”.

According to his words, in the Study on Bailiffs, that was published by CeMI, it was noted that conditions that need to be fulfilled in order for someone to become a bailiff are “at the low level”.

“We are witnesses that bailiffs took over a part of the courts’ jurisdiction, therefore they should respect conditions that exist for the election of judges”, said Vujovic.

President of the Chamber of Bailiffs, Vidak Latkovic, said that bailiffs have received more than 200 thousand cases so far, of which many are solved.

“For three years, we charged 150 million of monetary claims. Since the introduction of bailiffs, we have relieved the courts of many cases, that significantly affected judges’ performance. We made executive procedure faster and more efficient. In the last year, we solved 20 000 cases of total of 60 000 cases, which is 30% and that puts us in the average of European countries”, Latkovic noted.

The Director of Directorate of Justice in the Ministry of Justice, Marijana Laković Drašković, believes that by introducing the bailiff function in Montenegro, civil discipline has been achieved, clarifying that citizens more properly pay for utilities and electricity costs.

She reminded that the Ministry of Justice adopted a new Regulation on the Tariffs of Bailiffs, and amended two Laws – on Execution and Provision and on Bailiffs.

“When it comes to the Law on Bailiffs, the amendments have gone in the direction of improving the conditions for carrying out enforcement activities. Bailiffs who do not have a Judicial Examination and have an Enrollment Exam, within one year from the date of entry into force of the law will be obliged to take it and vice versa”, Laković Drašković stated.

She considers that it is necessary to identify bailiffs as public officials in the Anti-Corruption Law and to impose their obligation to report their property.

Laković Drašković announced that there will be an increased number of judicial inspectors, who monitor the work of bailiffs, having in mind that that number is currently low.

Author of the Study Bailiffs in Montenegro, Momcilo Radulovic, said that it is necessary to standardize the knowledge of bailiffs, by taking the Enforcement and Judicial exams.

“Ignorance is not a justification for a bad act. It is important to standardize this field and that the bailiffs, when it comes to that function, imply that they have a solid quantum of knowledge”, Radulovic said.

According to him, when it comes to regulation of disciplinary responsibility, the set of provisions in the initial law was not well-defined, stating that the new amendments to that act have substantially improved it.

“Supervision and control of the performance of bailiffs and the connection of institutions that establish and transmit data on the responsibilities of the bailiffs is now better regulated by law. Meanwhile, the institutions have improved communication”, Radulovic said.

He considers that the status of bailiffs is still quite unclear whether they are public officials or not.

“When it comes to tariff and billing issues, a new tariff has solved a large number of issues, and the part of issues has remained unsolved. The most common is the clarification of the relationship between the institutions so that no entity in the process of execution is harmed, but that the costs are equally allocated “, Radulović pointed out.

The panel was held within the framework of the project “Towards efficient judiciary – enhancing development of legal professions related to judiciary in Montenegro”, funded by the Embassy of the Kingdom of the Netherlands.