Public confidence in the justice system has decreased 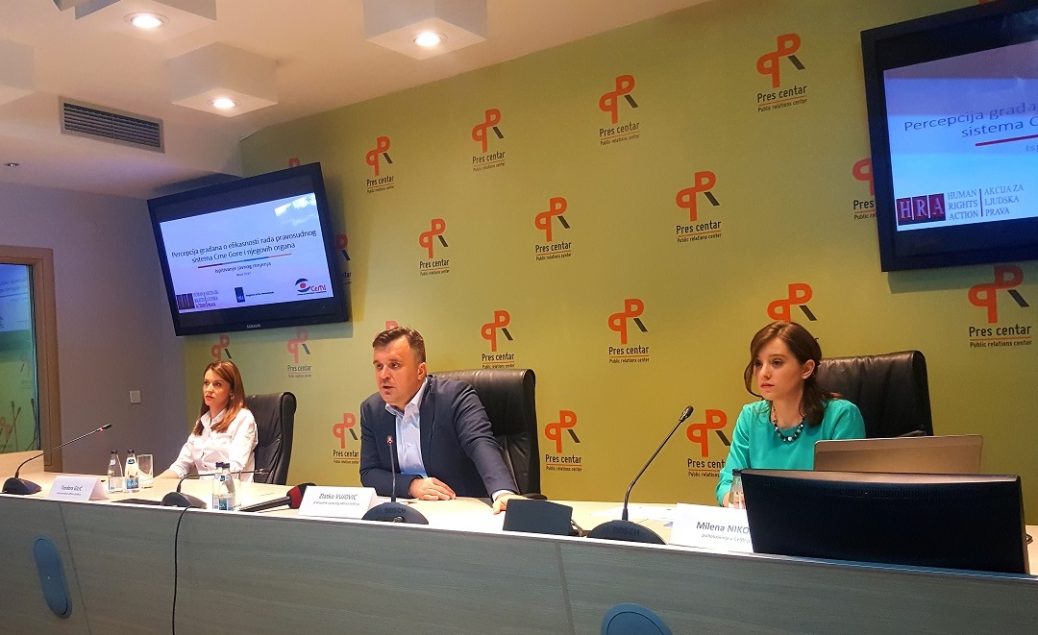 Confidence in the judicial system of Montenegro has about 45 percent of the population, which is eight percent lower than last year, but most of them considered that the judicial proceedings are unnecessarily long, according to a survey of the Center for Monitoring and Research (CeMI).

Research on the efficiency of the judicial system of Montenegro and its bodies was conducted in February this year, on a sample of 1,016 citizens, realized within the project “Towards a judicial efficiency – improving development profession regarding the Montenegrin judiciary”, conducted by CeMI and Human Rights Action (HRA), which is supported by the Embassy of the Kingdom of the Netherlands.

Chairman of the Governing Board of CeMI, Zlatko Vujovic, said that less than a half of population belives in the justice system, below the results of last year, but above trust that was registered in 2013.

He believes that political developments and the public are divided when it comes to certain litigation, contributed to the decreased confidence in the judicial system.

Satisfaction with the court, he said, was expressed by 33 percent of respondents, while 40 percent of them are not satisfied with the work of the court in proceedings in which they participated.

“The majority of citizens believe that judicial proceedings take unnecessarily long time and the courts are not efficient enough,” said Vujovic.

Psychologist at CeMI, Milena Nikolić said that the attitude of the respondents is generally negative, when it comes to the work of the prosecution in specific cases.

Nikolić said that respondents most often come into contact with notaries, and the least with mediators and protector of human rights.

She said that 15 percent of respondents had contact with lawyers and more than half of them are satisfied with the quality of service provided.

“The price of the fee scale is greater than the optimal considers 42 percent of respondents, while 40.5 percent of them believed it to be optimal,” explained Nikolic.

Contact with bailiffs, as she said, had six percent of respondents.

She said that in the proceedings in which the court expert engaged attended seven percent of respondents.

“The work of expert witness is considered impartial by 64.7 percent of respondents, while 35.3 percent think it is not,” said Nikolić.

PR coordinator of CeMI, Teodora Gilić said that through the project “Towards a judicial efficiency – enhancing the development of the profession in relation Montenegrin judiciary”, they conducted five studies in five occupations in the judiciary.

“The research for the professions of court experts, public enforcement agents, mediators, lawyers and notaries was conducted, to assess existing practice,” explained Gilić.

She recalled that so far they presented four studies on satisfaction with the work of notaries, bailiffs, court experts and mediators, and announced the presentation of research on the work of lawyers.

On the following link you can download the research presented http://cemi.org.me/wp-content/uploads/2017/05/Ka-efikasnosti-pravosudja-Istrazivanje.pdf .