Inspection control of supplementary work of healthcare workers should be strengthened 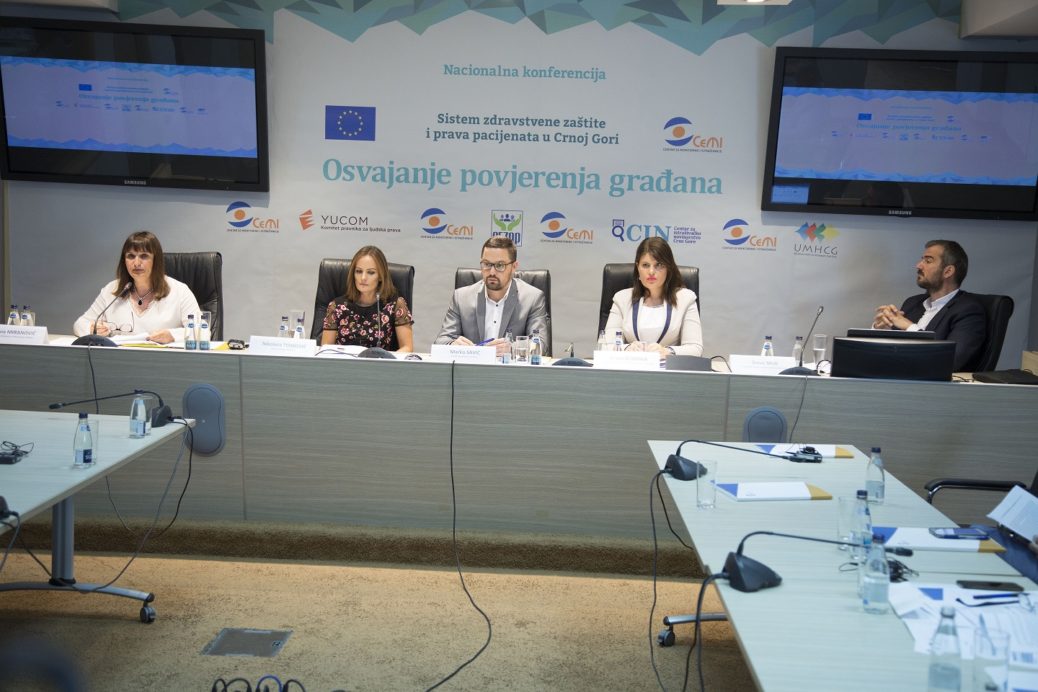 In Montenegro, it is necessary to strengthen the inspection control of supplementary work of health workers, and managers of health institutions should act in accordance with the law when it comes to initiating disciplinary proceedings.

This was evaluated during the first panel “Patients’ Rights”, which was held within the framework of the National Conference “Health Care and Patient’s Rights in Montenegro – Winning Citizens’ Confidence”.

Project Coordinator at CeMI, Marko Savić, said the provisions on the Law on Health Care Protection related to supplementary work are not good because, according to him, they additionally represent one of the most prominent risks of corruption.

“According to the Administration for Inspection Affairs, over 400 inspections in private healthcare facilities were carried out last year, and no irregularities were found, while practice showed that there are physicians who work in both the private and public sector, despite the legal limitation” explained Savic.

He pointed out that in the past year, more than one-third of respondents reported that a doctor from a state hospital sent them to a specific private clinic.

He stated that, when it comes to supplementary work, it is possible “at least” to require more strict inspection.

Savic, referring to the decisions of the decision-makers, pointed out that the waiting lists had been significantly reduced in the last few years, by supplementing the work of a doctor at their institutions.

“What we have learned through in-depth interviews with decision-makers is that the waiting lists, in the last two or three years, have significantly reduced by the supplementary work of the physicians in their institutions and by the concrete and more powerful efforts of healthcare workers in certain sectors”, Savic said.

He considers that the election of the Protector of Patients’ Rights (Ombudsman) is disputable and influences the independence of their work.

“We have recognized that Ombudsmen usually perform their permanent work and the function of ombudsman. Of the 32 ombudsmen, most are healthcare workers – 16 of them, therefore we are in a situation where their work is complicated”, explained Savić.

According to him, it is necessary to introduce a legal obligation to publish decisions on the selection of health care managers at the Ministry of Health website.

“We would like the law to have a provision for the public announcement of the results of the competition for the selection of health care administrators with accompanying documentation so that this part could be seen by representatives of civil society and citizens”, said Savic.

General Director at the Ministry of Health, Vesna Miranović, believes that doctors in our area are at risk due to all reforms of the healthcare system, while, as he pointed out, the patient expects the maximum from them.

“A typical patient is inclined to offer a doctor a gift and to tell everyone about it, completely unaware that they are part of the illegal story”, Miranovic said.

She added that the managers of health institutions must act in accordance with the law when it comes to initiating disciplinary proceedings.

“Health inspection is absolutely not motivated to punish someone because when they find a perpetrator and tell a director who does not initiate disciplinary action, the focus of anger turns to the health inspection, which is a totally wrong conclusion”, Miranovic said.

President of the Governing Board at the Institute Alternative, Stevo Muk, speaking of public procurement in healthcare, said the difference of over 54 million euros between planned and contracted purchases occurs due to incorrect and non-objective planning.

“The first and big negative constant in public procurement is bad planning. For years we have been talking about enormous problems and it seems to me that only slightly improvement has been made in that sense”, Muk said.

He assessed that a transparent methodology of procurement planning should be made in the health sector and it is needed to strengthen the further implementation of framework agreements for public procurement.

The Ombudsman at the Clinical Center of Montenegro, Grana Bubanja, said that this function, in addition to the basic role, has the role of a mediator and counselor as a large number of patients also ask for advice on a daily basis.