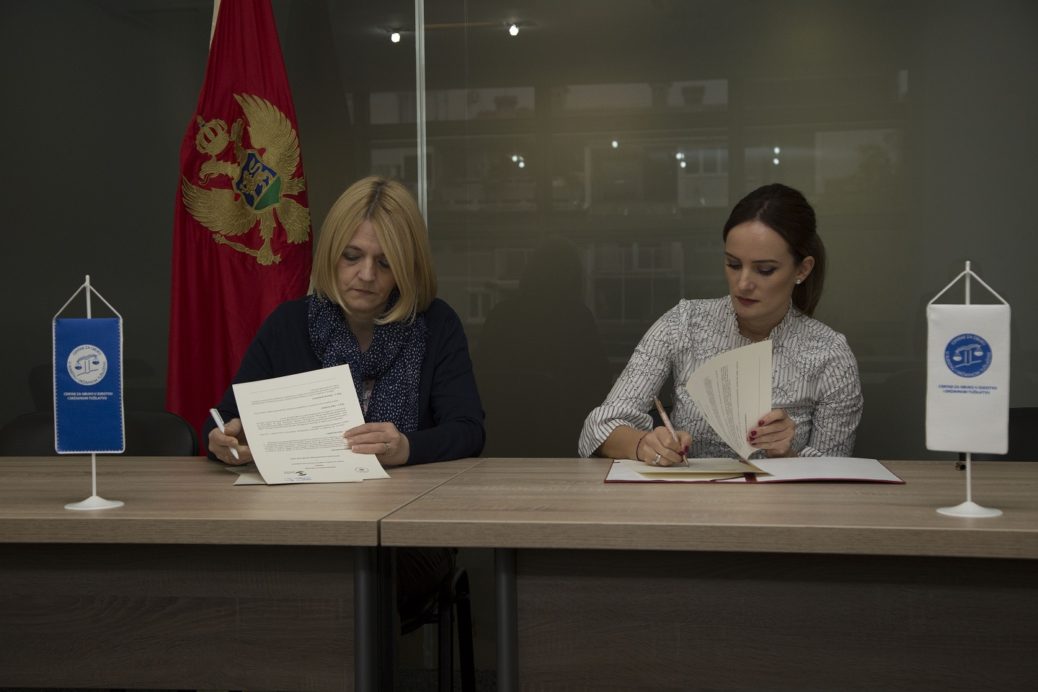 Non-governmental organization Centre for Monitoring and Research CeMI and Training centre of The Judiciary and the State Prosecutor’s Office signed Memorandum of Cooperation, whose main goal is influencing the improvement of the efficiency of judicial and executive bodies in the Western Balkan countries.

The proposal for signing of the Memorandum was encouraged by implementation of the project “Strengthening investigation and prosecution capacity in the Western Balkan countries – financial investigations as a tool to combat organized crime and corruption”, implemented by CeMI in cooperation with partners: Transparency Serbia from Serbia and Association for Democratic Initiatives from Sarajevo.

The main goal of the signed Memorandum is influencing the improvement of the efficiency of judicial and executive bodies in the Western Balkan countries. The signatories have committed themselves to contribute to improving the operational capacities of prosecutors, judges and the police to conduct financial investigations in cases of corruption and organized crime through the promotion of cooperation and coordination between institutions responsible for conducting the financial investigations, as well as executive bodies and related agencies, both at national and at the regional level.

On November 15th 2017, the Memorandum was signed by Nikoleta Tomović, Executive Director at CeMi and Senka Danilović, President at the Centre for Judicial Training and Public Prosecution.