CeMI presented to Mr. Hagleitner from DG Near Policy Brief about current political crisis in Montenegro 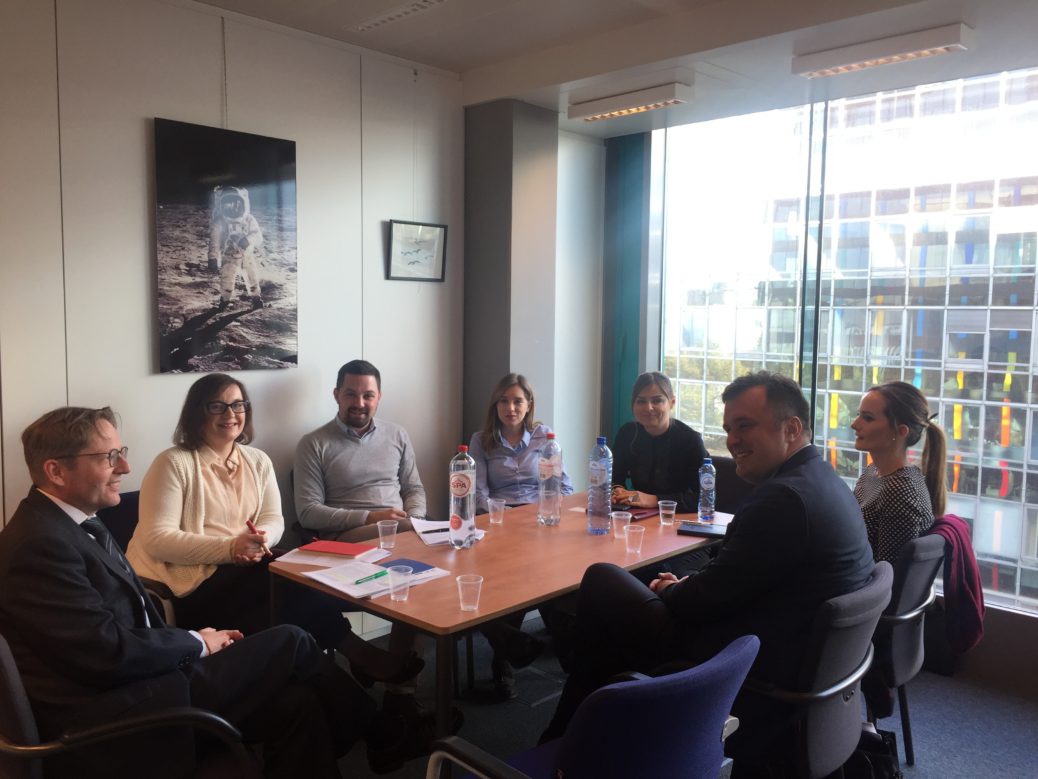 Delegation of Centre for Monitoring and Research – CeMI and CGO had a meeting with Mr. Thomas Hagleitner, Head of Unit, Montenegro Unit, on November 3, in Brussels.

Representatives of CeMI and CGO discussed with Mr. Hagleitner the current political crisis and recommendations to overcome it, which are emphasized in the brief.