It is needed to implement more financial investigations 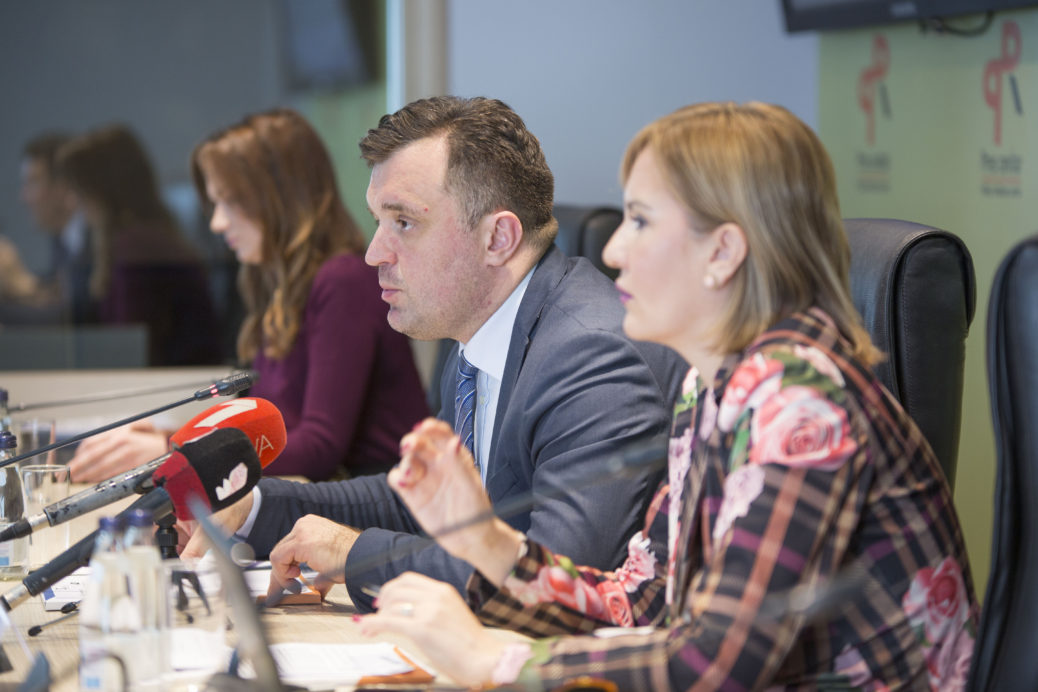 More financial investigations have to be implemented in Montenegro, and from October until December last year, in corruption cases, 17 were initiated against natural persons and 10 against legal ones, it was announced at the Round table of the Centre for Monitoring and Research (CeMI).

Round table on the topic: „Financial investigation in the Fight Against Organized Crime and Corruption in Montenegro- Obstacles and Challenges” was organized within the project  “Strengthening the Capacities of Investigation and Criminal Prosecution in the Countries of Western Balkans – Financial Investigations as an Instrument of Fighting Organized Crime and Corruption”, implemented by CeMI in collaboration with partners: Association for Democratic Initiatives (ADI) from Sarajevo and Transparency Serbia from Serbia, with the financial support of the Embassy of the Kingdom of the Netherlands.

Director General of the Directorate of the Judiciary at the Ministry of Justice and Chief of the working group on Chapter 23, Mrs Marijana Laković-Drašković, assessed that Montenegro, in the process of Judicial reform, has created conditions for confiscation of assets acquired through criminal activity, defined the procedure for disclaiming property gain, as well as the treatment of state authorities and the management of confiscated property.

She believes that progress has been made in strengthening the legal, regulatory and institutional framework, but that, as she added, there is a recommendation that the capacity to conduct financial investigations should be increased.

When it comes to the organized crime cases, as she said, in the period from October till December last year, 18 financial investigations were initiated against 111 entities, of which 14 were legal.

Laković-Drašković assessed that cooperation among all participants in the financial investigation procedure must be at a higher level and faster.

Project Researcher, Jelena Đurišić, said that in the future it is necessary to strengthen the personnel capacities of the Special Department of the Higher Court as well as the Special State Prosecutor’s Office.

“Also, it is necessary to foresee more officers for work in the Special Police Department, which now has 20 police officers”, Đurišić said.

She believes that it is necessary to establish, as soon as possible, a Central or National System, and till establishing such a system it is necessary to consider allowing investigators to have direct access to existing databases, in order to achieve more successful financial investigations in the shortest possible time and avoiding “leak of information”.

“Of course, it is essential to approach this question very carefully, and regulate this delicate legal issue in detail with the law regulation, in order to prevent any possible abuses that could occur,” said Đurišić.

She believes that in the following period more financial investigations need to be carried out, and it is necessary to implement them proactively.

According to her, for the successful fight against organized crime, corruption and money laundering, a “synchronized fight” of all State organs, Courts, Offices and Police forces is necessary.

“Montenegro has acquired and formed excellent bases for the fight against organized crime and corruption. We have laws that need to be applied and I hope that more financial investigations will be carried out in the coming period”, Đurišić said.

The State Prosecutor in the State Prosecutor’s Office in Podgorica, Miloš Šoškić, explained that the main goal of the committers of criminal offenses was to increase property gain, and therefore, as he said, a criminal sanction or a prison is only a business risk.

“If they manage to retain the material gain they have acquired by committing the criminal offense or the criminal activity they are dealing with, then the criminal sanction does not pose any problem, as their goal has been achieved. They made a profit and acquired the property. That is why our fight is focused and, in the future, will increasingly focus on confiscation of property gain expanded through criminal activity, “explained Šoškić.

According to him, several State Prosecutors’ Offices in Podgorica recognized the need to deal more seriously with the Law on the confiscation of property gain acquired through criminal activity and the annual work schedule for this year is a specialization according to which, as he said, a certain State Prosecutor deals only with financial Investigations.

Šoškić explained that the Law provides a good solution that the police can, on their own initiative, not only on the orders of the Prosecutor, undertake measures and actions for discovering and identifying the property gain acquired through criminal activity.

“Another of the good solutions of this Law is that it is clearly stipulated that the data and evidence collected in the criminal proceedings can be used in the procedure for the permanent confiscation of property. This means a lot to us, because at that stage of the criminal proceedings, we are collecting evidence relating to the criminal offense and perpetrator, sometimes we come to a very significant knowledge of the property and the titles of the property, which has been acquired through criminal activity, “said Šoškić.

President of the CeMI Governing Board, Zlatko Vujović, said that the aim is to use financial investigations more often, in a proper way, and that the results for society are much higher.

“Under that, I think, first of all, that criminals should be discouraged from committing criminal acts. And when you prevent them from coming to and retaining the benefits of criminal acts, then this is, in a way, a discouraging factor, “explained Vujović.

As part of the project, a visit to the Dutch institutions will be organized, he said, because the Netherlands is recognized as a country that is doing a fairly effective financial investigation.

“We from CeMI had the opportunity to visit some of their institutions dealing with investigations when we are talking about money laundering and the Netherlands is a bright example of efficiency in this field. We would like to, at some point in time, we also boast similar results, “said Vujović.