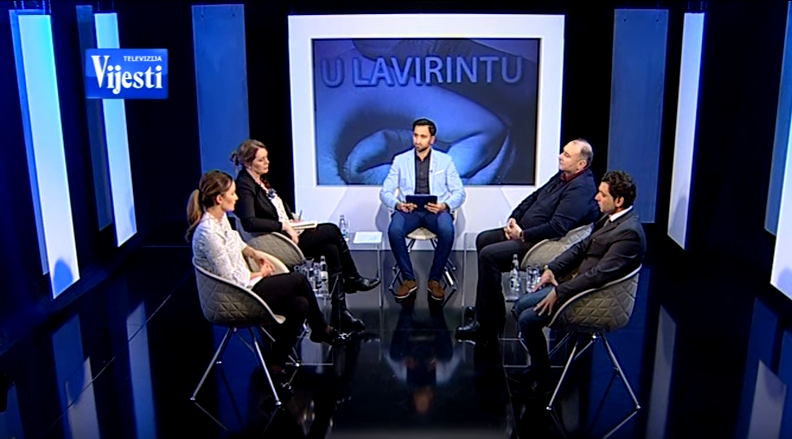 Members of the Roman and Egyptian population (RE) should be given equal status in relation to other minority nations, when it comes to political participation, said the Executive Director of Centre for Monitoring and Research (CeMI), Nikoleta Đukanović.

She said, visiting the „In The Labyrinth“ TV show, that controversial are the differentiated electoral legal censuses amounting to three percent for all electoral lists of political parties, in which, as she said, lists that represent a minority population or minority community are excluded.

“We are talking about so-called positive discrimination, which is defined in Article 94 of the Law and which implies that this census does not apply to them. When we talk about what is controversial about this issue is that a different system is regulated when the Croatian population is concerned. If none of electoral lists, which represents the Croatian people, receives more than three percent of valid votes, they are applied to the so-called a different system, which means that if they have more than 35 percent of the votes, than they have so-called reserved mandate”, said Đukanović.

She assessed that these are big abuses , and that the Law on the election of councilors and deputies was not clear when it comes to the distribution of the mandate, “especially in relation to minority representatives”.

“When we start from the Law on the election of deputies and councilors, criteria on the basis of which one electoral list can be said to be minority are very unclear. It can tell, in it’s name, that it is minority or report to the competent institutions, that is, the Commission, but what are the criteria”, asked Đukanović.

She believes that these are significant misuses when a single electoral list, which represents a minority population, goes to coalitions with some other party that is not.

“The law is unclear and unfinished in several segments, regarding some open questions, which opens room for abuses. In this sense, we have not talking only about changes, but we are committed to the drafting of a new law and complete the electoral reform“, said Đukanović.

According to her the electoral reform would include not only the Law on the Election of Members of Parliament, but also the Law on Voters Register, the Law on Electronic Media, as well as all related laws that have touch points with the election procedure.

„When we talk about the possibilities of creating a political party, it is talked not only about the issues of the existence of personnel, but whether people are demotivated to make a political party at all, if they do not have the chance to succeed in the field”, explained Đukanović.

The existence of a political party, as she said, especially in terms of modest financial resources, without getting parliamentary status, “is a very debatable issue”.

“Without the pressure of the EU and other international organizations, the necessary reforms of the electoral process would not be or would be too slow. Given that the reforms so far, which were quite superficial and partial, we are not very optimistic that the Roma parties will have a reduced census, as in Croatia. It is necessary, of course”, said Đukanović.

You can watch the broadcast on the link: https://www.youtube.com/watch?v=0HSe0bOGQwY&t=449s