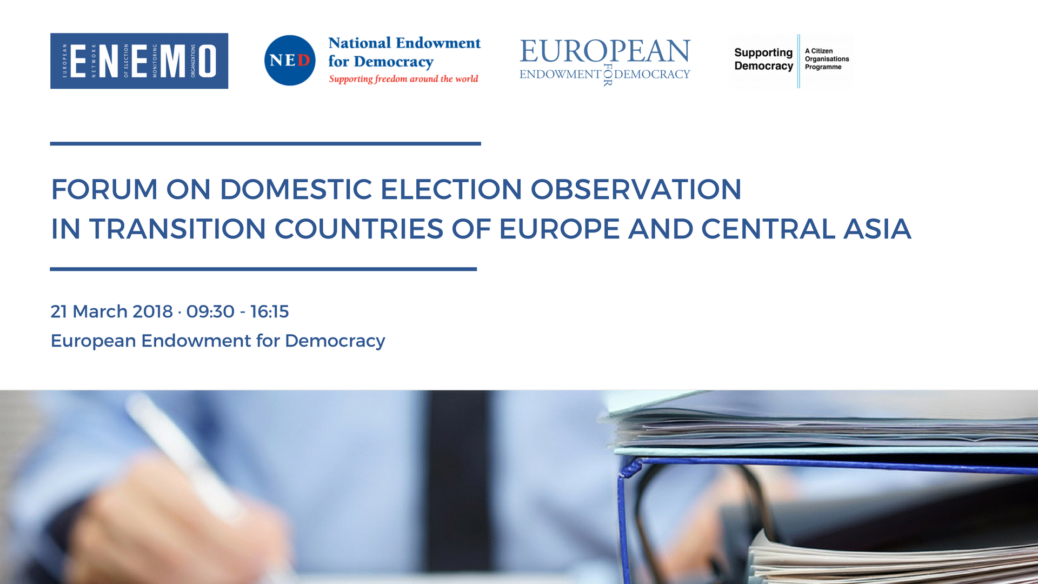 The European Network of Election Monitoring Organizations (ENEMO) is organizing a Forum on Domestic Election Observation in Transition Countries of Europe and Central Asia, in cooperation with European Endowment for Democracy (EED) and Supporting Democracy (SD), in the premises of EED in Brussels, on 21st of March.

Forum is a a part of wider project „Strenghtening Independent Election Monitoring“ which is financially supported by National Endowment for Democracy from Washington (NED).

Centre for Monitoring and Research (CeMI) is taking a position of the Secretary General of ENEMO for the period 2017-2019.

The purpose of the Forum is to focus on main issues that undermine democratic transitions in Transition Countries, as well as on challenges and opportunities for election monitoring organizations. Forum will be consisted of four sessions:

4th session – Wrap up: Recommendations to the European Union

The welcome words and keynote speech will be given by Mr. David Martin, Member of the European Parliament, Mr. Zlatko Vujovic, General Secretary of ENEMO and Mr. Jerzy Pomianowski, Executive Director of EED.

The Forum is a part of wider project „Strengthening Independent Election Monitoring “which is financially supported by National Endowment for Democracy from Washington (NED).