Raise the education level of employees in MEC, SEC and Polling Boards 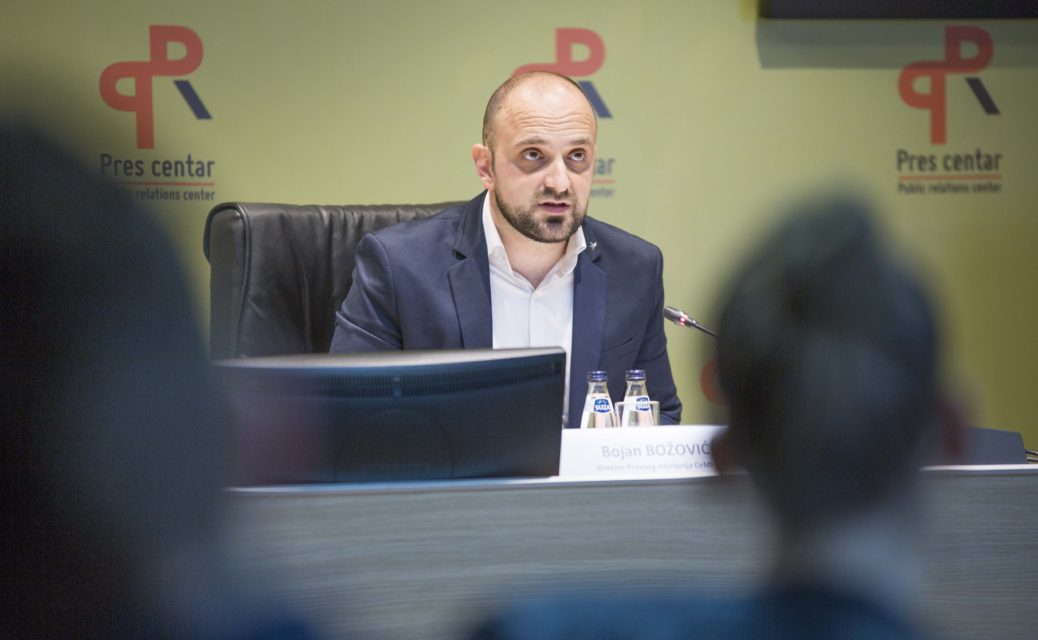 Employees in the Municipal and State Election Commissions and members of Polling Boards should be educated on the election process and the procedure of voting by letter, and it should be implemented in accordance with the law.

Director of Legal Department at the Centre for Monitoring and Research (CeMI), Bojan Božović, said that during the election day in Ulcinj, there were repetitive problems that, as he said, should be solved in the shortest possible time.

“First of all, this refers to the professionalization of certain persons who work in the polling boards. We think that we need to raise the level of education in all so that it does not happen in the situation when someone sees a legal obligation”, said Božović in the PR CENTER.

According to him, CeMI noticed that many voting by letters was not carried out by legal procedure.

The legal obligation is that voting must always be accompanied by at least four pre-agents. The situation was that there would be no four but two or three”, said Božović.

According to him, CeMIs observers noticed that there were irregularities related to the number of women on the electoral lists.

“The two electoral lists ignored the procedure: the Bosniak party was below 30 percent, which is below the legal framework of 30 percent. The electoral list that represented the SNP-DF coalition consisted of women’s representation on the basis of the size but not on the schedule on the list“, said Božović.

He appealed to the Municipal and State Election Commission to act more efficiently in terms of opening and delivering all data concerning the organization of the electoral process itself, and, as he stated, on information and observation concerning the delivery of the letter.

“We hope that this practice will change in the coming period, as we have witnessed that any failure of this kind can leave serious consequences on the electoral process,” said Božović.

He pointed to the illogicality that the number of voters by letters in the local elections was similar to that of the previous local elections, and by 200 votes lower than it was in the parliamentary elections.

Božović warned that mobile phones at the polling stations are often used by members of polling boards, which is prohibited.

“We want to appeal that observers and members of the polling boards should carry clearly marked features – accreditation to make a difference between them.” CeMIs observers had signs in all polling stations and they were visible”, said Božović.

He said that in the coming period CeMI will try to work on the education of all persons participating in the election process – “from members and representatives of polling boards, inclusive with observers”.

“In the following period, it is necessary to make efforts to ensure more adequate conditions for the organization of election activities – that the polling stations are better secured and better equipped. We had the situation that in certain polling stations there was a low light, and very often they were not sufficiently adapted for people with disabilities, “said Božović.

He said that the cooperation between the State Election Commission, the Municipal Election Commission and the Ministry of the Internal Affairs must be better, because, as he said, there are fewer cases that citizens who meet all conditions for an active voting right complain that they cannot vote because they are not on the voter list.

“This situation happened in Ulcinj in several places. Citizens contacted us on that day to have a proper ID card, that everything was in the order of the previous time, that they had come to the same polling station, but that they were not on the voter list,” said Božović.

He pointed out that the issue of legal regulation of the notion of invalid ballot paper has not yet been resolved.

“The ballot paper can still be invalid if there is clearly no explanation as to how someone expressed his will. We think it should be a little tougher in order to prevent possible abuse,” Božović said.

CeMI, as he said, appeals to the members of the polling boards to take care that citizens do not photograph their ballots.

“We believe that all institutions in Montenegro should raise the level of professionalism, because once again it has been shown that the role of observers in the election process is very important. We note that we still do not have enough capacity to organize the entire election process without the participation of the observers,” said Božović.

You can download the report on local elections in Ulcinj in 2018 here.