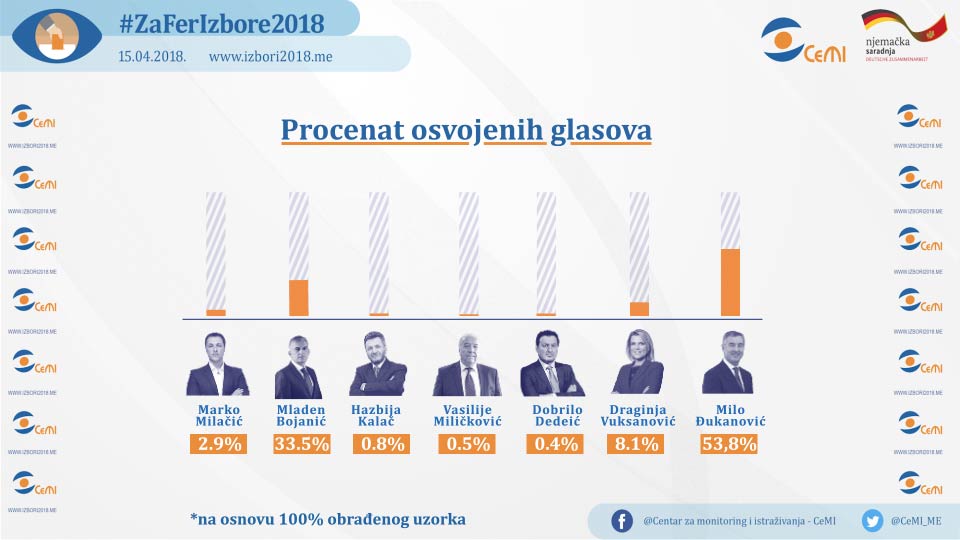 Candidate Milo Djukanović has won the largest percentage of votes, 53,8 percent in the presidential elections, result projections have shown based on the realization of 100 percent of the sample of Centre for Monitoring and Research (CeMI).

Citizens had the option to track result projections in real time through CeMI’s website www.izbori2018.me

CeMI’s monitoring mission counted 1.340 observers, which were distributed at 90% of polling stations.

During the election day CeMI notified citizens through regular press conferences on voter turnout, irregularities, voting trends, as well as result projections after the closing of polling stations.

The project “Let Free Elections Become a Habit! – Building Trust in the Integrity of the Electoral Process in Montenegro” has been realized thanks to the financial support of the German Embassy in Podgorica.