Turnout in Podgorica until 9am is 7,7% 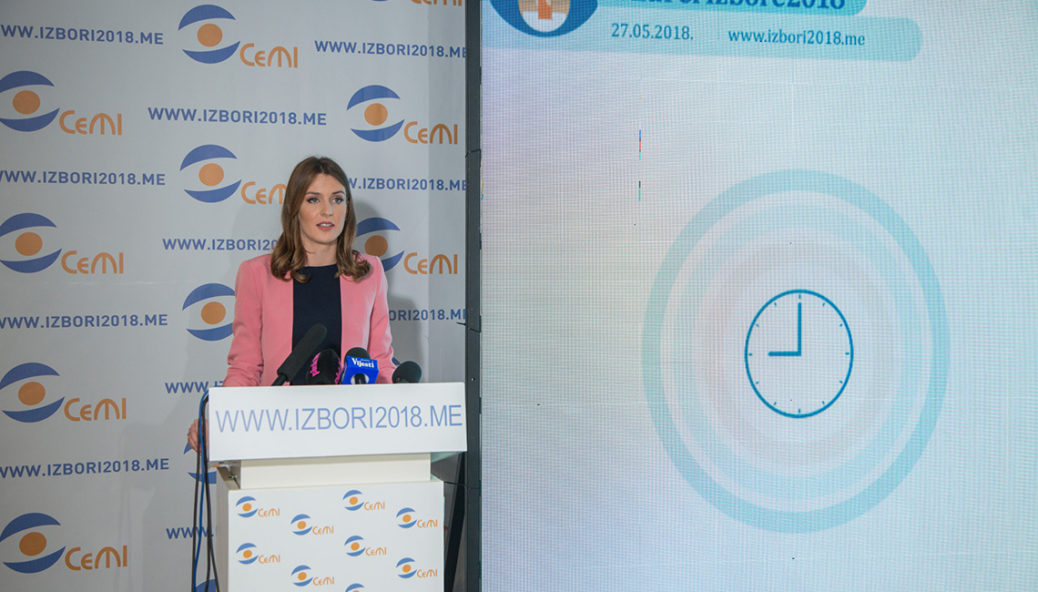 Based on the data of Centre for Monitoring and Research (CeMI) turnout until 9am on local elections in Podgorica is 7,7 percent, which is 1,2 percent more than in presidential elections.

PR Coordinator of CeMI, Teodora Gilić, said that CeMI’s observers are monitoring the elections in the 11 municipalities where they are held today.

She said that turnout in Podgorica until 9am is 1,31 percent higher than in Parliamentary elections held in 2016.

She said that during the election process a number of irregularities were noticed.

“In Podgorica, at polling station 7 ‘Business Object owned by Zoran Adžić’- the presence of the propaganda material was noticed at distance of 4-5 meters from the polling station. This violates the rules of the electoral procedure (Article 69 of the Law on the election of councilors and deputies), “Gilić said.

In Rožaje, as she said, at PS 8 Seošnica, a member of the polling board who is in charge of separating coupons from the ballot papers, opened some ballots and made records of who did those voters voted.

“These ballot papers were not declared invalid, which is a violation of an Article 85b”, stated Gilić.

She said that in Podgorica at PS 2 Health Centre Blok V, Deputy President of the Polling board photographed extensive printed material under the table with his phone, which is a violation of the use of electronic communication devices. (Article 71a)

Gilić stated that all registered irregularities, as well as turnout intersections and other information related to the elections, can be found on CeMI’s website www.izbori2018.me.

She invited all citizens to report irregularities to the CeMI’s legal team on the number 077 600 037.