Biggest voter turnout until 11am in Savnik, smallest in Rozaje 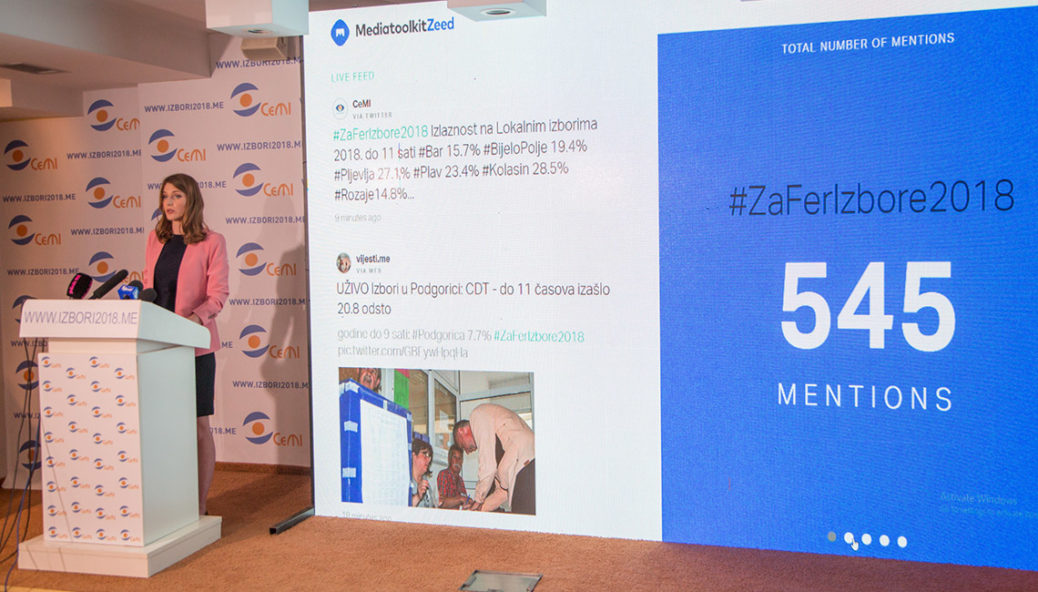 According to data from the Centre for Monitoring and Research (CeMI), on the local elections the biggest voter turnout by 11am was recorded in Savnik, where 32,9 percent of registered voters voted, and the smallest one in Rozaje, where voter turnout was 14,8 percent, it was announced from that organization.

PR Coordinator of CeMI, Teodora Gilic, announced at a press conference that in Podgorica by 11am 21,2 percent of voters voted.

“Today’s voter turnout in the capital is one percent bigger than it was on the previous presidential elections, it was 0,2 percent smaller than on the parliamentary elections held in 2016”, said Gilic.

“During the electoral process a number of irregularities was noticed: in Podgorica, at polling station 70-B “Streljacki centar Ljubovic”, polling station was temporarily closed due to the fact that a voter wasn’t registered in the voting register as well as in the system for electronic identification, so he wasn’t able to use his voting right”, said Gilic.

She said that in Golubovci at polling station 88 “Dom omladine Mojanovici”, the polling board gave three voters two voting tickets each for the local elections in Podgorica, and didn’t give them, as she clarified, voting tickets for the election of councilors in the municipal assembly.

“In Pljevlja at polling station 54, middle school in Kovacevici, a voter took a voting ticket for another personm, based on that person’s ID, took it to a car, and than brought it back and put in the voting ballot”, stated Gilic.

She reminded that all registered irregularities, as well as voter turnout percentages and other information regarding the elections, can be found on CeMI’s webiste www.izbori2018.me as well as social media profiles.

“We invite all citizen to report noticed irregularities to CeMI’s legal team on the number 077 600 037”, said Gilic.

The project of monitoring local elections was implemented with the support of the German Embassy in Podgorica.