Highest voter turnout until 19pm in Savnik, lowest in Bar 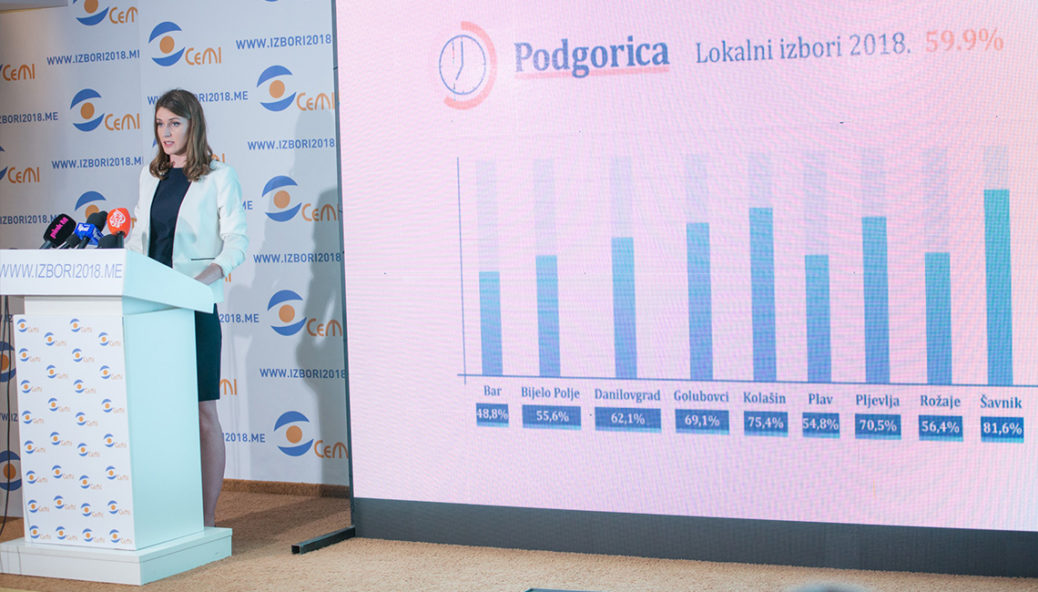 According to data from the Centre for Monitoring and Research (CeMI), on the local elections the highest voter turnout by 19am was recorded in Savnik, where 81,6 percent of registered voters voted, and the smallest is in Bar, where voter turnout was 48,8 percent.

PR Coordinator of CeMI, Teodora Gilic, announced at a press conference that in Podgorica by 19am 59,9 percent of voters voted.

“Today’s voter turnout in the capital is 3,3 percentage smaller than it was on the previous presidential elections, and it is 15,7 percent smaller than on the  parliamentary elections held in 2016”, said Gilic.

„In relation to the previous press conference, we would like to draw attention to the irregularity recorded by CeMI’s observer at the polling station 97 BERISLAVCI in Golubovci. In this polling station, two voters simultaneously voted in one cabin“, said Gilić.

She invited all citizen to report noticed irregularities to CeMI’s legal team on the number 077 600 037.

All information related to turnout intersections, irregularities, voting trends and projections of the results after the closure of the polling stations, are available at the website www.izbori2018.me, as well as the official profiles of Centre for Monitoring and Research on social networks, Facebook and Twitter.