A stronger monitoring of anti-corruption institutions is coming up 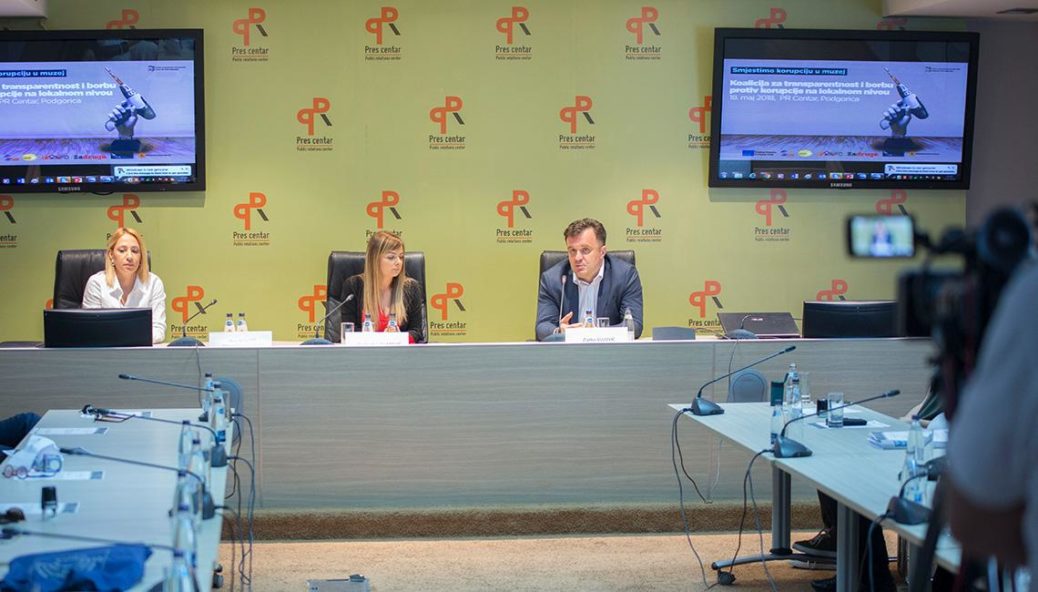 Representatives of 14 NGOs signed a Memorandum on the formation of a Coalition for transparency and the fight against corruption at a local level, whose goal is, as it was stated, to strengthen transparency and responsibility of institutions in the high-risk areas for that negative occurrence.

The Memorandum was signed by Centre for Civic Education (CGO), Centre for Monitoring and Research (CeMI), UL-Info from Ulcinj, Institute Alternative (IA), Za Druga from Petrovac, Centre for Development of NGOs (CRNVO), Juventas, Bonum from Pljevlja and Active zone from Cetinje.

Executive director of CGO, Daliborka Uljarevic, explained at the press conference that the strategic goal of the Coalition for transparency and fight against corruption at a local level, the strengthening of transparency and responsibility of institutions in the high-risk areas for corruption, strengthening capacities of CSOs, institutions in the fight against corruption and improving the level of knowledge of information, consciousness and activism among citizens.

She said that in the next period, focus of the Coalition will be monitoring and improving the existing policy and mechanisms for the fight against corruption on different levels.

“Our organizations are engaged in thematic areas in a very extensive way and we will try to homogenize these existing capacities and potentials in order to have a more efficient response”, explained Uljarević.

She evaluated that the results related to the fight against corruption will have an impact on the progress of Montenegro in european integration.

“The vision of our Coalition is for Montenegro to be an open, responsible society of citizens and the rule of law. The focus will be on the strengthening of civic consciousness, the civil sector and the total capacity of society in the fight agains corruption at a local, as well as national level, because the two of those levels are often connected,” pointed out Uljarevic.

She said that civil society and independent media have a special significance in the process of democratization.

“European Union (EU) has confirmed its commitment to the European perspective of the Western Balkans, but at the same time it has pointed out that it’s very conditional and that it will depend on the results achieved in individual states, which seek to be EU member states”, said Uljarevic.

President of the CeMIs` Governing Board, Zlatko Vujović, announced that this NGO will contribute to the reports development at the local as well as at the national level through this project, by virtue of the research capacities they have.

“The Application, which CeMI will develop in cooperation with CCE, will allow anyone to report corrupt actions in a simple manner. Anyone with a smartphone can take photos, record audio, video, and report the entire case at the same time. Once this application is received, we will prosecute it, and in this way, we will enable all citizens to report corruption”, explained Vujović.

According to him, the last report of the European Commission was pretty bad, and he pointed out that Montenegro has dysfunctional institutions.

“The next period will be very important from the aspect of meeting the requirements of Chapter 23, i.e. the results that Montenegro will achieve as a condition in a process of European integration”, Vujović said.

The President of the Union of Medical Doctors, Milena Popović Samardžić, said that this union organization intends to point out the abuse of the health system through the project “Struka ispred politike”, for which funds were provided from the CCE.

“Our aim is that, in cooperation with CCE, we make visible problems in the health system, which is a fairly closed system, and it is very difficult to get to the actual and real problems that exist within it,” said Popović Samardžić.

She considers that the most effective way to realize this aim is “if the initiators themselves belong to this system”.

“For this purpose, technical as well as any other logistical support is of great importance, since we want to deal with topics related to system corruption, starting from public procurement, employment, specialization, appointment of directors and other management personnel”, explained Popović Samardžić.

President of the Centre for Security, Social and Criminological Research, Slavko Milić, believes that strengthening the capacities of organizations dealing with corruption and preventing it is of special importance to each of these organizations.

“The laptops we get will help us strengthen our technical capacities, primarily in the fight against corruption, but also to monitor the field activities.  The laptop is suitable for fieldwork and it will contribute to the fact that those who actively work on combating corruption, tracking, registering and working on the field, receive certain information and place it easier, but also analyze the results, “ Milić said.

The Coalition for Transparency and Anti-Corruption is part of the project “LET’S PUT CORRUPTION INTO MUSEUM!”, which CCE conducts in partnership with NGO Centre for Monitoring and Research (CeMI), NGO Bonum from Pljevlja, NGO UL-Info from Ulcinj, and NGO Za Druga from Petrovac, with associates Ministry of Public Administration and Agency for Prevention of Corruption (APC), and with the financial support of the EU Delegation in Montenegro, and represents the third phase of a wider program of CCE with the aim of contributing to the reduction of corruption at the local level. 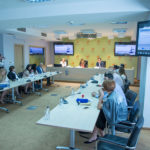 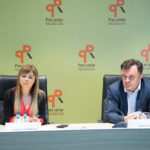 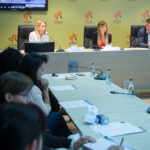 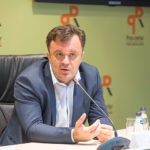 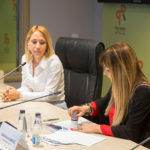 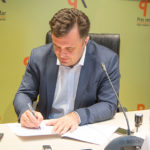 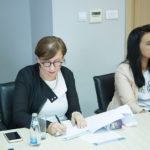 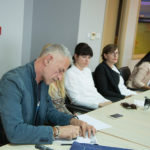