33,8% voters used their electoral right until 13pm in Podgorica 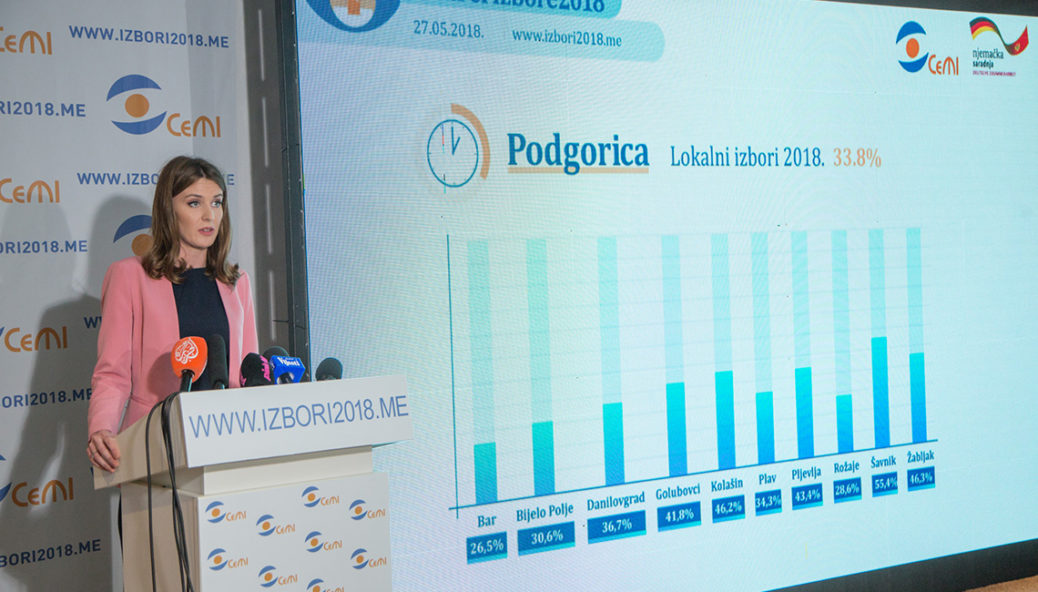 According to data of Centre for Monitoring and Research (CeMI) until 13pm on local elections the highest turnout is recorded in Šavnik where 55,4% of voters voted, and lowest in Bar where turnout is 26,5%, it was aanounced from this organization.

PR Coordinator at CeMI, Teodora Gilić, said during the press conference that this organization strongly condemns the attack on candidates for councilors of the Demokrate – URA coalition, which happened in Podgorica.

„We request the Prosecution to investigate this case urgently and to process it together with the police. We urge political parties and their activists to refrain from violent behavior and condemn any form of violence during the election process“ Gilić said.

She said that in Podgorica until 13pm voted 33,8% of voters which is, as she explained, 0,4% less than on presidential elections and 6,4% less than in parliamentary elections held in 2016.

According to her words, during the election process a number of irregularities was noticed.

In Podgorica PS 59-A „Đina Vrbica“, voting was interrupted for five minutes because the deputy president of the polling board went out to remind three people who were keeping records of voters who used their electoral right. A member of the polling board acted in accordance with the law“, said Gilić.

She said that in Golubovci on PS 92 House of Milenko Vido Maraš in Mitrovići, two voter handed over their ballot papers filled, to one member of the polling board, who was putting them in a ballot box.

This was a violation of election procedure prescribed with Article 69a Law on election of councilors and MPs.

CeMI, as she said, reminds that PS 130 in Tuzi wont be open for voting, due to decision of Municipal Election Commission.

„All noticed irregularities, as well as turnout intersections and other information related to the elections, can be found on our website www.izbori2018.me . We invite all citizens to report all irregularities to the CeMI’s legal team on the number 077 600 037“, said Gilić.

Project of monitoring local elections is implementing with the support of German Embassy in Podgorica.