Medenica: All state mechanisms should work in unity with the goal of achieving results in financial investigations

All state mechanisms, the police, state prosecution and other bodies should work in unity with the goal of achieving results in financial investigations because on the quality of this cooperation, depends the positive outcome in front of the court in form of permanent seizure of property gained by criminal activity.

Vesna Medenica, President of the Supreme Court, evaluated this in the introductory speech at the final regional conference “Financial Investigations in Bosnia and Herzegovina, Montenegro and Serbia”, organized by the Centre for Monitoring and Research (CeMI), stating that financial investigations are not just a request on the European agenda “to tick off”.

“Financial investigations represent a sort of a way of life for the judiciary – to be prepared in any moment, in the fight against corruption, to take a step further and gain data about a property, for which there is reasonable doubt that it was gained by criminal activity”, pointed out Medenica.

According to her, even though in criminal law theory seizing property gained by criminal activity is a criminal measure, in practice the impression is that it is the toughest sanction, which as she stated, can be put upon members of organized criminal groups and other perpetrators of criminal acts “because property gains are the reason and motive for committing criminal offences”.

“Considering that organized crime inside the country, the region and in the world represents a serious threat to security and economic welfare, it is necessary for the states to take repressive measures, and those repressive measures are getting more stronger”, thinks Medenica.

She said that fast response of the judiciary and other organs is considered essential in maintaining the public trust that the state is based on rule of law and that, as she stated, it fights against any occurrence of collusion with unlawful acts and tolerance of criminality.

“In order to get results in financial investigations, it is necessary for all state mechanism, the police, state prosecution and state organs to work in unity, because on the quality of that cooperation depends a positive outcome in front of the court in the form of permanent seizure of property gained by criminal activity”, said Medenica.

She thinks that because of the fact that criminals easily and quickly gain property by criminal activity and that there is a long and demanding way from starting the financial investigations until the court’s decision, it is necessary to make additional effort in using this powerful instrument against organized crime and with that achieve the full purpose of punishment.

State Prosecutor, Jelena Djaletic, clarified that the state prosecutor, by issuing a warrant or by directly leading a financial investigation, directs the work of the organs in charge of law implementation.

“We can expect an increase in the balance of results when it comes to permanent seizure of property gains when the organs in charge work and act together”, assessed Djaletic.

She said that the results balance has increased and that it’s visible in the Annual Report About the Work of Prosecutorial Council and State Prosecution 2017.

Djaletic stated that in the State Prosecution they are aware of the necessity of leading financial investigations, in cases where all legal requirements have been fulfilled, so, as she clarified, measures are being taken to strengthen the personnel capacities.

“I would like to also remind about the legal possibility of public prosecutors’ specialization, for whom, at the level of state prosecution, a certain type of work cases can be determined”, said Djaletic.

President of the Governing Board at CeMI, Zlatko Vujovic, said that the project “Strengthening investigation and Prosecution Capacity in the Western Balkans Countries – Financial Investigations as a Tool to Combat Organized Crime and Corruption” is exceptionally complicated, stating that it was conducted for more than one year, with the support of the Embassy of the Kingdom of the Netherlands.

“The project included representatives of judicial institutions from Bosnia and Herzegovina, Serbia and Montenegro. The project envisaged different segments of activities. One part of these activities is related to strengthening capacities of judicial institutions themselves, which reflected in expert training, secured through our project, but also by exchanging information and strengthening cooperation of institutions at the regional level”, explained Vujovic.

He said that in theory it is pointed out that criminality is a form that can transform the best “and so organized crime knows no boundaries”.

“So, we have tried, while choosing this topic, to choose a topic that can make possible for our institutions to be more efficient in facing the problem of organized crime”, said Vujovic.

According to him, financial investigations are considered one of the instruments that can pretty efficiently suppress and limit criminal activity, “at least narrow the resources which they have available”.

“Especially when it comes to permanent seizure of property gained by criminal activity, it can be very financially beneficial to the state, but also, on the other hand, weaken those whom the state fights against, i.e. whose activity it’s trying to suppress”, stated Vujovic.

He reminded that the partnership organizations on this project Transparency Serbia and Association for Democratic Initiatives from Bosnia and Herzegovina conducted activities at the national level. 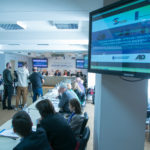 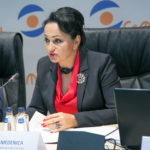 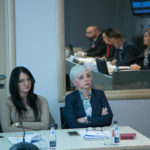 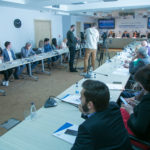 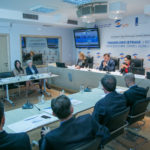 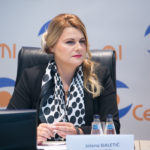 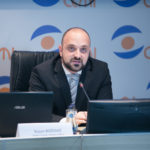 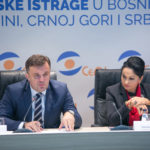 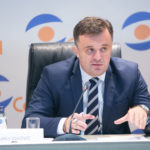 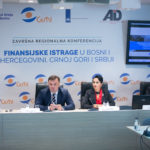 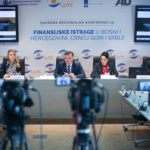 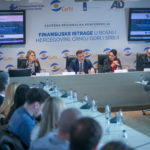 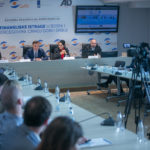 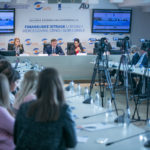 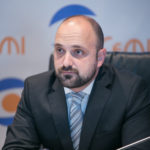 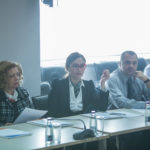