CeMI created an e-platform for the reform of electoral legislation 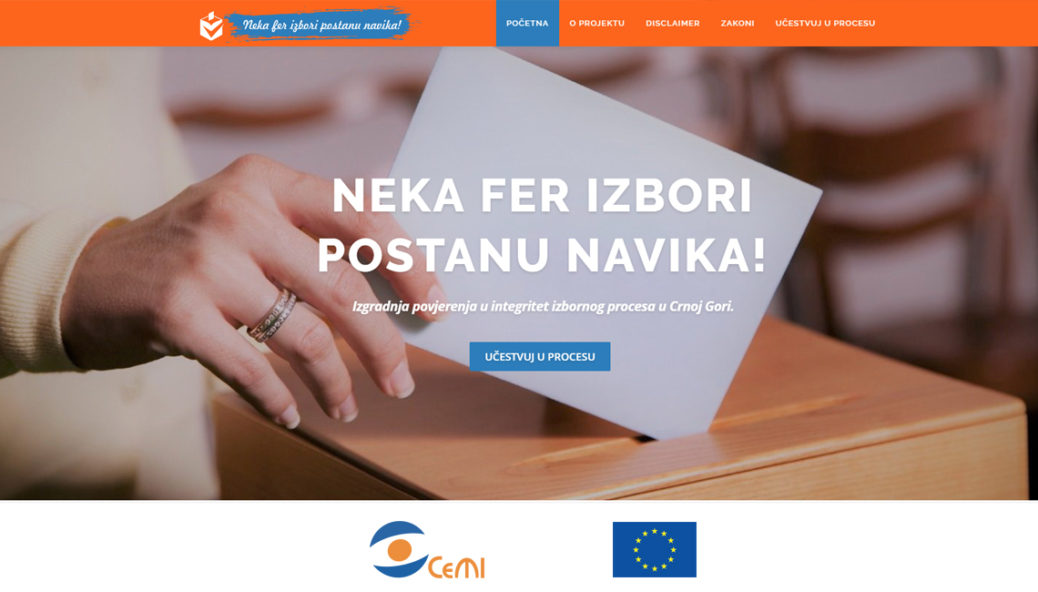 The Centre for Monitoring and Research (CeMI) created a web-based e-platform – ferizbori.me which will make possible for citizens to be included in the process of formulating recommendations and conclusions regarding the announced electoral legislation reform.

The platform was created within the project “Let Free Elections Become a Habit! – Building Trust in the Integrity of the Electoral Process in Montenegro”, which is being implemented with the support of the European Commission.

CeMI formed the Citizens’ Council for Free and Fair Elections, in which representatives of all relevant political parties, the civil sector, academic community etc. participate. The e-platform represents sort of an upgrade of the mentioned concept, with the goal of including citizens in the process of advocating for recommendations.

It is stated that, within the e-platform, the citizens will be able to participate in the discussion about relevant electoral topics, report about their negative experiences, point to possible fraud risks, comment legislative solutions, suggest models of electoral reform and similar.

It is interesting to point out that citizens, through this platform, will be able to comment on the work of the State Election Commission, municipal election commissions and similar. On the e-platform, a review of relevant laws related to the concrete thematic framework is also located.

In this way, CeMI wants to contribute to a higher transparency and inclusiveness, with the intention that, as they stated, the Citizens’ Council for Free and Fair Elections and citizens (through the created e-platform) be a part of a mechanism for advocating recommendations.

In this sense, CeMI invites citizens to, through the e-platform, take an active part in defining recommendations for the further reform of electoral legislation.