Within the project Job Without Barriers, conducted by the Centre for Monitoring and Research (CeMI), ten persons with disabilities will be trained to work on computers and conduct public opinion research, while two of them will get jobs after the end of this project.

Executive Director at CeMI, Nikoleta Djukanovic, said that this organization is realizing the project Job Without Barriers in cooperation with the Union of the Blind of Montenegro (SSCG), with the financial support of the Employment Agency of Montenegro.

“Within this project, today we are finalizing the first activity related to the training of the ten persons with disabilities, that were on the record of the Employment Agency as unemployed, as to adequately train them to work on computers and conduct public opinion research about the position and employment of persons with disabilities in Montenegro”, said Djukanovic.

According to her, out of ten participants of this project, six of them will be hired for six months to realize the research.

“They will have a chance not just to conduct the research, but to work on key findings and present key results of the research to the media. Besides those two types of research, they will be working on some other researches that CeMI and SSCG will conduct and are planning on conducting in the next 6 months”, stated Djukanovic.

As she pointed out, the project envisages that out of six participants of this project, two of them will be permanently working after the project.

“In that way, we will have a long-term sustainability of the project and the project results, given the fact that two of the participants will have a chance for permanent employment”, said Djukanovic.

She stated that within this project, a mini video was envisaged that will, as she clarified, contain the key results of the project and information about attitudes of citizens on the role and possibility of hiring and education of persons with disabilities.

“The goal was to influence persons with disabilities themselves to get employed, gain new knowledge and experience and be more engaged in the area of socialization and area of employment as well”, pointed out Djukanovic.

On the other hand, as she said, with the public opinion research and monitoring all the project activities, CeMI wants to influence citizens and change their awareness about employing persons with disabilities.

“We will especially do that in relation employers, so they raise their awareness about the necessity of hiring persons with disabilities, i.e. give them equal opportunity, as well as other persons who do not have a disability”, clarified Djukanovic.

She said that the project lasts for nine months in total until the first half of May of the next year.

A participant of the training, Nikola Pajovic, said that his motives for participating in this project were gaining new acquaintances and new work experience, as well as facing the problems of persons with disabilities.

“The knowledge I have acquired during the training is work on computers, work in Word, Excel, communication with persons with disabilities. My expectations for this project are to further work on the activities of this project and to keep working at CeMI”, said Pajovic. 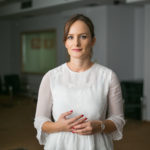 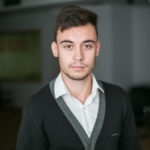 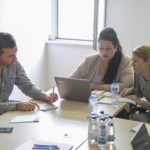 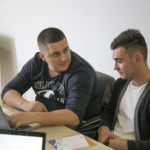 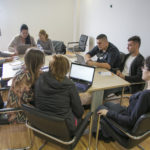 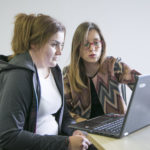 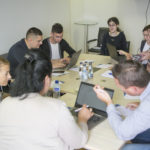 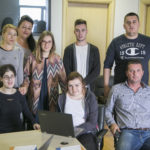 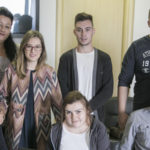