During the working visit to Berlin, CSO delegation composed of representatives from the Centre for Monitoring and Research (CeMI) and Institute Alternative (IA) attended a series of individual meetings with representatives of Federal Ministry of the Interior, Federal Foreign Office as well as Federal Chancellery and Bundestag.

The aim of these meetings, except for establishing longevous and fruitful communication platform with German and EU interlocutors, was to present the latest Policy Brief “Montenegro. A captured state or a leading candidate for EU accession?”. This document gives a critical and overall insight into the narrative of the seven-years long accession negotiation process and events which have profoundly shaped it, and moreover a review and recommendations on how to overcome the lingering issues which continually influence Montenegro’s EU integration path.

In meeting the standards, which the fully-fledged EU membership entails, Montenegro still shows a lack of true commitment when it comes to including the civil society and implementing comprehensive reforms in various fields. The policy brief treats issues of rule of law deficiency, captured and strongly politicized institutions, lack of media freedom, inconsistency of the election legislation reform as well as slow socio-political and economic transition, additionally marred by the latest political affairs. Moreover, the brief, although acknowledging that some progress has been made, explicitly raises the much-neglected question: whether Montenegro is indeed a frontrunner or a captured state.

Representatives of the delegation met with:

The working meeting was organized within the project “Raising CeMI’s Policy Expertise and Policy Impact on the National and International Level“, which is financed by Open Society Foundations – Think Tank Fund. 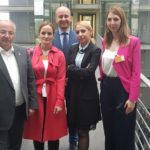 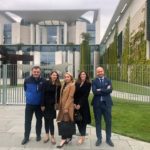 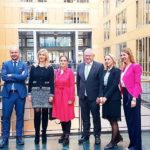