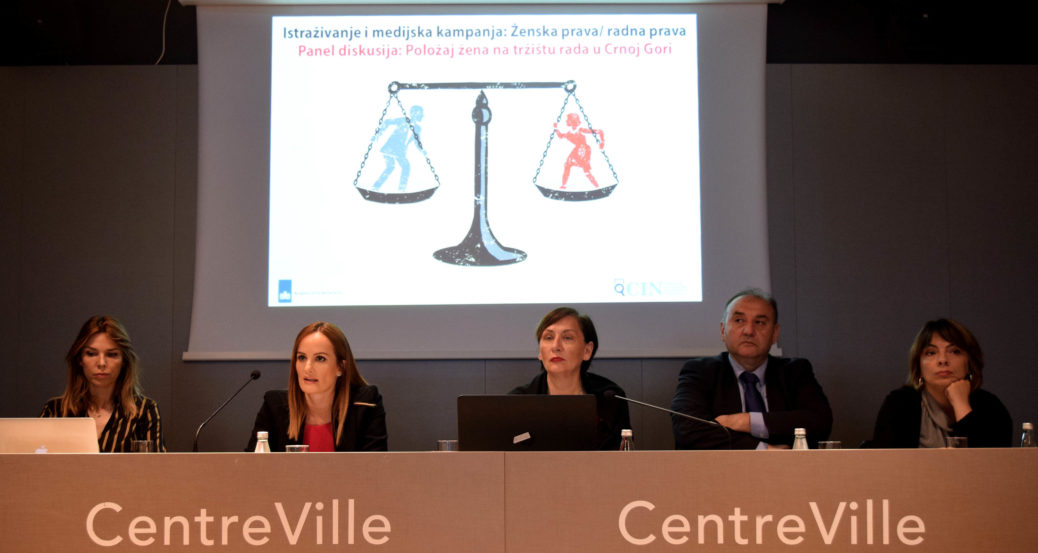 Most female respondents think that women are discriminated against on the Montenegrin job market and that it is easier for men to acquire jobs. That was shown by the field research on the position of women on the job market in Montenegro, conducted by the Centre for Monitoring and Research (CeMI) from December of 2018 until February of this year.

The research was conducted within the project of the Center for Investigative Journalism of Montenegro (CIN-CG) “Research and media campaign: Women’s rights/work rights”.

CeMI conducted 20 in-depth interviews with women, out of which 13 were employed while 7 of them were not.

President of CIN – CG Milka Tadic Mijovic pointed out that the research has shown that women were discriminated against on the job market, the same as in other spheres of life.

Executive Director at CeMI, Nikoleta Djukanovic, said that several stakeholders, despite the endeavours by the research team, has not answered the calls or refused to participate in the research. They are, as he clarified, the Ministry of Economy, KIPS, NLB Bank, Codra Hospital, Sportina DOO and JPU “Ljubica Popovic”.

“A significant number of respondents were asked by employers about plans for family and its expansion”, pointed out Djukanovic.

As she said, the respondents think that in certain sectors i.e. positions, such as stores, sales, tourism, restaurants, women’s looks are significantly important to employers in order to hire them.

Deputy of the Protector of Human Rights and Freedoms, Sinisa Bjekovic, pointed out that the research results match their data. He clarified that women on the job market in Montenegro are being discriminated against, by receiving contracts for an indefinite period, are denied benefits, based on maternity leave.

“It’s indicative that women are less employed”, said Bjekovic. He pointed out that women have a lot less trust in the public institutions and that on the job market they are much less active in job searching because of many different factors, which simply turn them away from doing that.

“The problem is with the perception of women’s position in Montenegro today. It is necessary to change men’s conscience when it comes to that”, thinks Bjekovic.

You can find the video by “Vijesti” TV here: https://youtu.be/k9bqt92oMAQ