Serious dialogue would lead to conditions for free and fair elections 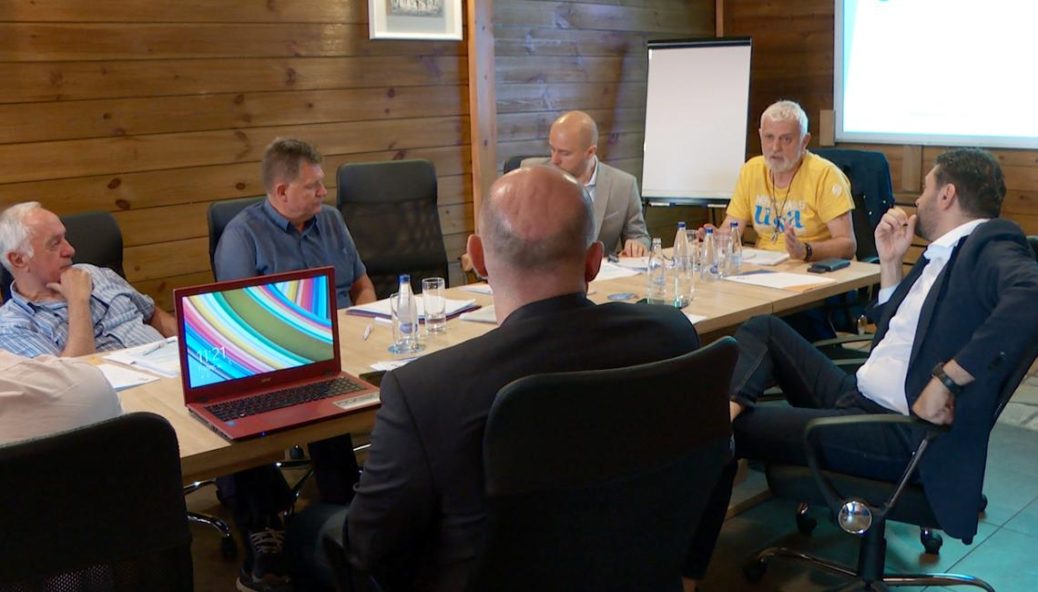 The responsibility lies with the government and the opposition to find modules and start a comprehensive dialogue as soon as possible, in order to create the conditions for free and fair elections and regain the trust of citizens in the electoral process.

That was announced by representatives of the Citizens’ Council for Free and Fair Elections, on a seminar organized by the Centre for Monitoring and Research (CeMI) in Kolasin.

Public policy researcher at CeMI, Nikola Zecevic, said that the three-day seminar was being held within the project “Let the Fair Elections Become a Habit! – Building Trust in the Integrity of the Electoral Process in Montenegro”, financed by the European Commission and co-financed by the Ministry of Public Administration.

He said that the topics of the seminar were the reform of electoral administration, comprehensive electoral reform, mechanisms in which the law on media in Montenegro can be advanced.

“The goal of the seminar is the formulation of recommendations which will be presented on a national conference of CeMI which will be held on July 10th”, added Zecevic.

As he reminded, the Citizens Council, as a project body which insisted on that principle of openness and inclusivity, included in its work representatives of political parties, the academic community, NGO sector.

“There also free individuals, people who later joined the work of the Citizens Council. Activities conducted during the seminar tell us that in the end, we will have recommendations of the highest quality”, said Zecevic.

Representative of the Social Democratic Party of Montenegro (SDP), Ivan Vujovic, said while commenting on the results of CeMI’s research which has shown a decline of citizens’ trust in the electoral process, said that was a logical perception of citizens, and was based especially on what has transpired in the past several years.

“It is based on the past affairs that happened and which pretty obviously showed what citizens have probably already known, only this time it was documented through the affair “Envelope”, stated Vujovic.

That decline in trust, as he reminded, was concluded in the European Union’s report, which was recently published.

“That decline of trust leads to the situation in which the party of the opposition already announced the boycott of the next elections unless there is reform in the electoral legislation and unless there are legal-political guarantees, where a Technical government is the most serious solution in that direction”, said Vujovic.

He said that, unless a comprehensive dialogue starts as soon as possible, for which a political will of the government was necessary, but also the responsibility and seriousness of the opposition “then we can enter a negative spiral of happening because we will enter the last year before elections when it is pretty delicate to change the electoral and other legislation related to elections”.

He said that he hopes that some things that happened in the previous month, send encouraging signals that the dialogue process will become more serious.

“Citizens’ trust is possible to regain by all of us getting serious as soon as possible, especially the government, because political will is a necessary priority, but also us from the opposition, because this is a two way process and it is necessary to have the political will and a level of seriousness and responsibility of the government and the opposition”, stated Vujovic.

He evaluated that, if no later than September or October, a comprehensive political dialogue starts which would include talks about electoral reform and on the other hand talks about legal-political guarantees, “I think that with that option by New year we could finish the entire job, in order to have about 10 months until elections which is tolerable time for the implementation of agreed solutions”.

Jurist and Executive Director of the Centre for Civic Freedoms (CEGAS), Boris Maric, evaluated that the decline of trust in the electoral process and the electoral system as such and the institutions in charge of conducting it is serious.

“Trust is at a low level and as such, it brings into question the integrity of the entire electoral process and when you have issues with trust in the electoral process, then as a logical consequence you have declined of trust in public institutions. It is a connected process”, thinks Maric.

On the other hand, as he added, in reality, there are a lot of indicators that point that “we will still have a problem with the electoral system, process, conducting elections, election results and that political subjects are still stuck in their own ways”.

“That does not encourage us to get to a situation where we could intervene normatively and institutionally, to get to an electoral system in which citizens dominate trust”, said Maric.

Lecturer at the Faculty for Humanities of University of Donja Gorica, Predrag Zenovic, and one of the moderators at the seminar, said that elections are an aspect of social relations, not just a simple segment of a political system.

Commenting on CeMI’s research data which shows alarming information when it comes to political culture and knowledge of Montenegrin citizens, he said that in political theory it is known how important elections are for the democratic life of a community.

“In that sense, it is devastating to hear how unfamiliar citizens of Montenegro are with our electoral system. I think education is the way. I think universities have a very important role, civil society but also media, those three aspects should increase the level of citizens’ knowledge when it comes to these important questions”, evaluates Zenovic.

According to his words, to make a choice, to understand the political situation, D’Hondt method, are things that a voter, as he stated, must be familiar with in order to make a valid choice.