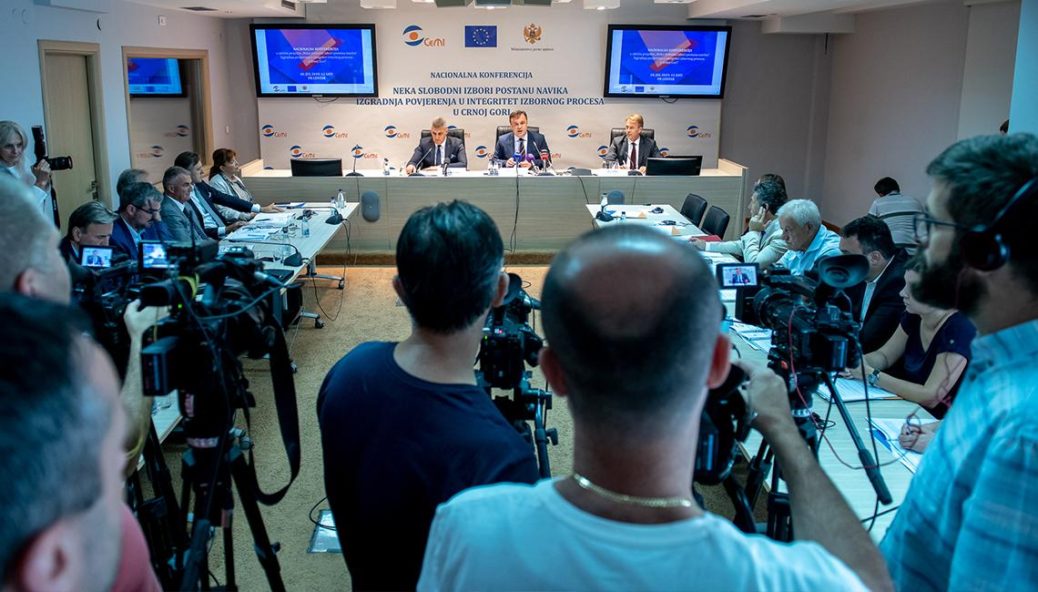 The precondition for Montenegro’s progress in the field of elections must be the sincere willingness of the state to reform the electoral system in a comprehensive manner, and by introducing preferential voting, the voter’s influence on the election of their representatives in Montenegrin parliament would be strengthened.

This was assessed in the first part of the National Conference of the Centre for Monitoring and Research (CeMI), which was held within the project “Let fair elections become a habit! – Building trust in the integrity of the electoral process in Montenegro”, funded by the European Commission, through the European Union, and co-financed by the Ministry of Public Administration.

President of the Governing Board of CeMI, Zlatko Vujovic, believes that the election process in Montenegro is better than it was before 2000, “not to mention the 1990s”.

“We are also witnessing that the confidence of citizens in the integrity of the election process is very low, insufficiently enough to be satisfied. 40.3 per cent of citizens have confidence in the electoral process, which is quite low, although it is better than a year earlier when it was 35.4 per cent. Also, on the question of whether the parliamentary elections in 2016 were fair and free, only 40.9 per cent of citizens think they were fair. This data causes concern and need a reaction of the society”, Vujovic pointed out.

According to him, in CeMI they advocated a series of documents and studies, for the reform of the electoral system and electoral administration.

“We want to strengthen the voter’s influence on the choice of concrete MPs, their representatives in the Montenegrin parliament. We suggest that this should be through preferential voting within the existing system of proportional electoral lists, although we continue to consider that for Montenegro the best thing is a mixed-member proportional system, like in Germany. But this is too ambitious at this point, so we see preferential voting as an interstep”, said Vujovic.

He said that the election administration reform is being criticized by international and local NGOs overseeing the elections.

President of the Montenegrin parliament, Ivan Brajovic, said that the work on improving the election environment is a continuous process, stating that all previous elections were held in an improved ambience, compared to the previous election cycle.

“The current electoral legislation is the product of an agreement between the government and the opposition. If you listened to some discussions today, it would seem that we have electoral legislation that is a relic of some distant past, and on which all the participants in the elections, all international organizations comment and conclude that it is catastrophic. It’s not like that at all”, said Brajovic.

“This is a huge turnout for Europe. For the first time since 1994, the percentage of turnout for the European Parliament was over 50 per cent, and this current one was below 51 per cent. So 73.3 per cent is the respectable turnout of voters, and they would not they have no confidence in the election process”, believes Brajovic.

He said that it would be better if the few remaining MPs participated in the work of the parliament.

“I recognize that their interest is not returning, expressing views on numerous issues and the inevitability of dealing with other MPs. I repeated that many times. The fact is that there are individuals who in different capacities, sometimes as politicians, sometimes as representatives of non-governmental organizations, sometimes as experts, and with the support of a part of media that has its interest in everything, try to create the impression of a crisis in the country and enter the government without elections”, said Brajovic.

According to him, there should be no hope “in shortcuts and instant solutions to improve the electoral conditions that we are not satisfied with.”

“Every solution, in order to be applied in practice, must pass a certain legal procedure and form. I am sure we all know it, even those who clearly advocate the strengthening of institutions and respect for the law, and do not participate and do not contribute to their strengthening”, said Brajovic.

He urged the colleagues from the opposition to get involved in the work of the Committee for the reform of electoral and other legislation.

Ambassador of the EU in Montenegro, Aivo Orav, pointed out that the latest European Commission Report on Montenegro has shown that the level of confidence in the electoral framework remains at a low level.

“ODIHR recommendations remain in place. The electoral legal framework must be re-examined in a comprehensive and thorough manner, and it must include all key aspects of the process. The Committee for the Change of Electoral Law is not just an opportunity, but it is also the duty of all political parties to actively participate in the work of this body and to improve electoral legislation”, Orav pointed out.

According to him, the reform of electoral legislation must go hand in hand with the new practices of transparent monitoring institutions, “which must build capacities and gain public confidence”.

“In this sense, the State Election Commission must take an active position in the implementation of its tasks in an efficient manner and ensure that it has sufficient administrative and technical capacity to carry out its obligations and mandate, in accordance with requirements of the law”, said Orav.

He said that there are great expectations from the Agency for Prevention of Corruption in monitoring the financing of political parties.

“The project implemented by CeMI contributed to giving recommendations in the area of ​​electoral administration, state institutions, the legal system, representation of women and national minorities, the framework for financing political parties and the analysis of the media environment”, said Orav.

He stressed that the precondition for the progress of the country in this area is the sincere desire of the state to reform the electoral system in a comprehensive manner and in accordance with international and European standards.

“In the absence of such will, no external financing or technical support will contribute to the reform of electoral process”, said Orav.

Honorary President of the Social Democratic Party of Montenegro, Ranko Krivokapic, speaking at the first panel “The Reform of  Electoral System in Montenegro”, said that in 2016 there was no parliament, no other constitutional institutions checks and balances, no dialogue, and that all indicators of the political crisis were deepened.

“With a key assessment, which may be the major element, and that is that corruption is eating the political and economic system. Parliament became the stock market in 2015, for the first time in history – case of the “Pozitivna”, after the SDP dissidents, showed how MPs are bought at the state level. Now this is becoming a practice at the local level, and the elections are becoming even more pointless”, said Krivokapic.

He believes that all legal changes and other forms that must lead to substance, “cannot be effective if we do not secure guarantees”.

“We do not have a public that knows how to evaluate political achievements. Either 100 per cent is a success or 100 per cent is a failure. And this is a reflection of immaturity in the analytics. Politics does not have 100 per cent success and 100 per cent of the failure, but it has an evaluation of the progress forward and shifting back”, said Krivokapic.

He assessed that the technical government was an enormous move forward for Montenegro.

“The fact that someone sees a change of power in Montenegro as a success, it should be the resultant, not the goal itself. I am convinced that through this model of dialogue and Technical Government as the first guarantor, there is no positive process in these three years in the political life of Montenegro”, Krivokapić pointed out.

President of DEMOS, Miodrag Lekic, speaks about the current political situation as if not only incidents, affairs and mysteries occur.

“Recording” as a united venture on how to steal elections. One employee – four votes. Then, the “Coup”, then comes 2020, what is preparing now? I do not think that with the arrival of a democratic alternative a fairy tale would begin in Montenegro, but we would enter into a deserved victory if it happens in a normal process of the changeability of power that will be necessary for the development of society and for development of democracies”, pointed out Lekic.

He thinks that it is necessary to demystify “that the elections really are what they are in other countries – a beautiful, holiday of democracy and not a drama who will win and who will later use that win to realize their privileges, forgetting that the goal is the general interest to whom we all need to be subordinate”.

Professor Djordjije Blazic, a member of the Citizens Council, said that there is much talk about integrity, political aspects, “but we do not deal with what we need to deal with.”

“And we should deal with what is written in the Constitution of Montenegro and what is written in the laws of Montenegro. Do not think that the reform of electoral legislation is a reform of the election of councillors and members of parliament. Far from that. It is a much more complex and serious issue that tangles a series of laws, which are directly and indirectly connected. It is a whole network of social relations, which is regulated by substantive law, and which is related to the electoral system”, said Blazic.

He assessed that the essence was the constitutional right of voters to directly elect members councillors and members of the parliament.

Vujovic believes that there are two fears of politicians’ behaviour, stating that one of them is that the leader of the party does not get the highest number of preferential votes and that his leadership position in this way is endangered.

“In Kosovo, there is one solution to suppress the fears of political party leaders that someone can jeopardize their position through preferential voting, that is, blocking the first place. This means that the first person on the list gets a mandate if the list has won at least one mandate, and the order within the list for the others on the list varies depending on how many people have received preferential votes. This solution could be some sort of transient in Montenegro, “said Vujovic.

He said that the other fear is that leaders of political parties and the senior leadership will not determine who will be the candidate “for what we call safe places in political theory, a secure mandate”.

“Every political party knows what its rating is and the expected number of mandates it can win. If we know that one political party will win ten mandates, we assume that the top ten on the list, in this system that is used in Montenegro, will be elected as MPs. The top leadership of the political party decides on this”, said Vujovic.

Therefore, as he said, there is no legally regulated selection procedure for candidates in Montenegro.

“Voters do not wonder who will ultimately be elected to parliament, and neither the party members choose who represents those parties. That’s why we have quite underdeveloped political parties”, said Vujovic.

He also pointed out additional problems with regard to the electoral system, stating that some of them are minority communities not being treated in the same way and that the representation of women in parliament is still not satisfactory.

Project “Let fair elections become a habit! – Building trust in the integrity of the electoral process in Montenegro” is supported by the European Union, through the European Commission, and co-financed by the Ministry of Public Administration of Montenegro. 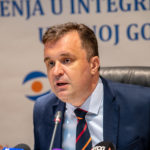 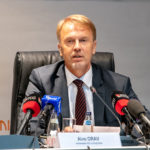 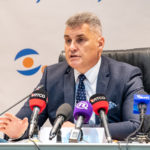 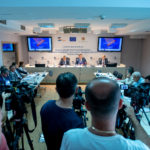 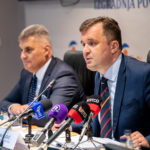 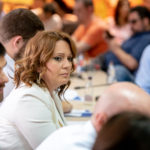 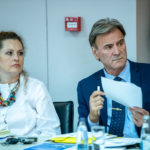 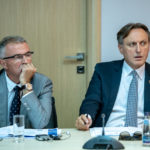 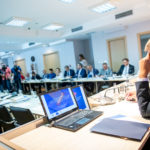 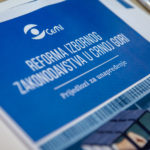 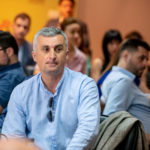 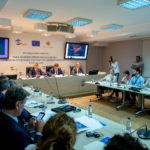