Reaction of the KUM Coalition: Local Authorities to Not Ignore Requests of Citizens 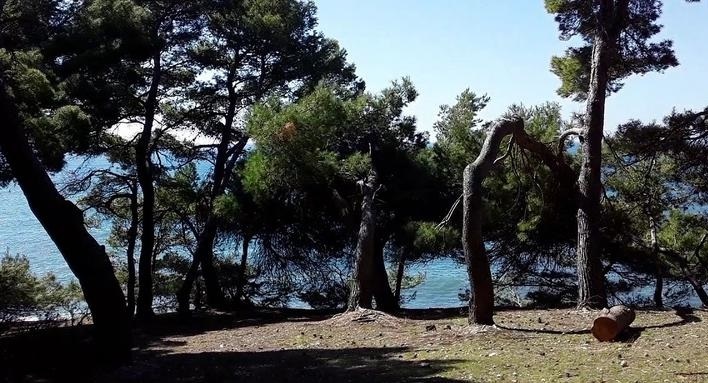 The Local Transparency and Anti-Corruption Coalition (KUM) supports the efforts of non-governmental activists and citizens of Ulcinj to protect the Pine forest area and calls on the local government in Ulcinj to respect the voice of its citizens, but also to responsibly address the resources that the municipality has.

We remind that the citizens of Ulcinj did not have timely information on plans and attempts to convert the area of ​​the Pine Forest by the municipality of Ulcinj. The Ulcinj PUP, through a non-transparent process, provided space for tourism and drafted a DUP, but received a negative opinion from the Audit Commission (12.06.2019). Consequently, it was not adopted by the local parliament within the legal deadline. Also, during almost nine years of working on the PUP and two public debates, the Pine Forest was not mentioned, but other areas such as Velika plaza, Solana, Ada Bojana, Valdanos, Sas and Liman / Maslinjak were the focus. Although the valorisation of the Pine Forest was envisaged, it was not clear to what extent it would develop, except for the part related to the construction of the new Galeb Hotel (on the site of the old hotel), which was supported by the citizens, as this hotel was once one of the symbols of tourism.

In April this year, one person from the region was building a “restaurant” in the only extension of the Pine Forest, and another even came in with an excavator, stating that he had “cleaned his property”. The citizens of Ulcinj protested and asked the municipal authorities to put a permanent moratorium on the entire area of ​​Pine Forest. The protests were held on May 7 and 23, 2019, next to the Ulcinj City Hall, and citizens then submitted a request to initiate the formal protection of the Pine Forest. Unfortunately, the municipal authorities did not respond to their citizens. The dissatisfaction of citizens, as well as non-governmental organizations, has been actualized after the information was published that the Government of Montenegro has made the Decision on the development of the Pinjes – Pine Forest PUP, as well as the Decision on the Development of the DOP “Hotels and Villas of High Category”, also on Pinjes. This was also a sign that, contrary to the stated attitude of citizens and the public interest, the Municipality of Ulcinj requested the MORT to re-create the DUP in Pine Forest. The citizens of Ulcinj continued to express their dissatisfaction through social networks, which was dynamized after the announcement of information that the agreement was reached between the Government and the Municipality of Ulcinj for the transfer of land (8000m2) for the unblocking of the municipal bank account. At that time, a new protest was initiated in front of The City Hall and a request, signed by 300 citizens, was submitted through The City Hall archive to protect the Pine Forest. The municipality responded by publishing an unsigned statement and attempting to discredit the recognized activist, Zenepe Lika. The attack was factually unfounded by what colleague Lika had proved, but indicated that the civil protest had surprised and appeared to briefly scare the Ulcinj authorities. As a reminder, the municipality has forbidden citizens who protested to plug in acoustics to electricity in the City Hall, even though those citizens pay for it.

KUM coalition expresses concern that Ulcinj municipal authorities insist that this process, despite clearly expressed opposition from citizens, completes, as indicated by today’s statement of the Mayor, who announced the early payment of funds by the Government to the Municipality of Ulcinj, and for which the Municipality of Ulcinj will sacrifice and the Pine Forest – its only green area in the heart of the city and a kind of “open health resort” for the citizens of Ulcinj.

Local authorities should not roughly ignore citizens’ initiatives, especially those that are aimed at protecting the resources of the municipality itself and in the public interest.

The Local Transparency and Anti-Corruption Coalition (KUM) is comprised of 18 CSOs: Center for Civic Education (CCE), Monitoring and Research Centre (CeMI), UL-Info from Ulcinj, Institute of Alternatives (IA), For Others from Petrovac, Center for Development of Non-Governmental Organizations (CRNVO), Juventas, Bonum from Pljevlja, Active Zone from Cetinje, Bjelopoljski Democratic Center, Center for Investigative Reporting of Montenegro (CIN CG), Union of Doctors of Medicine of Montenegro, Center for Security, Sociological and criminological research “Defendologija” from Niksic, Monitoring group Ulcinj – MogUL, Center for political education from Niksic, NGO For a living village from Pljevlja, Monitors’ Center for Democracy and Media (MCDM) and Dr Martin Schneider-Jacoby Society from Ulcinj.

The Coalition was formed as part of the project “Let’s Put Corruption into Museum!”, implemented by the CCE in cooperation with partners and with the support of the EU Delegation to Montenegro and the Ministry of Public Administration of the Government of Montenegro. The stances expressed in this statement are the sole responsibility of the members of the KUM Coalition and do not necessarily reflect those of the EU and the Ministry of Public Administration.