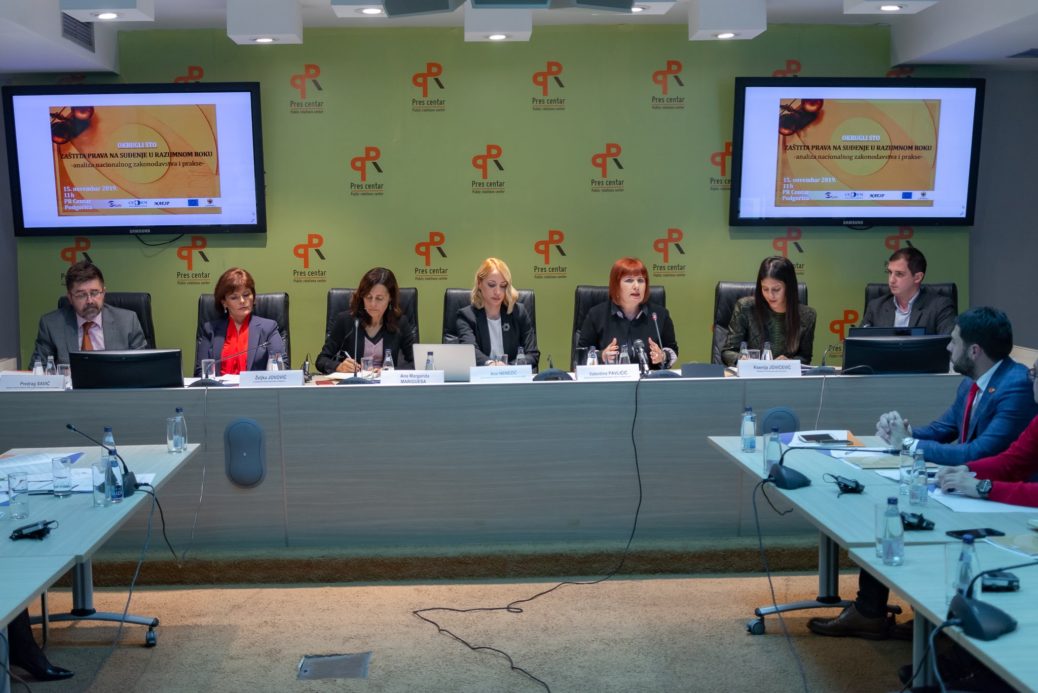 The model applied by Montenegro related to the judicial protection of the right to a trial within a reasonable time has shown certain weaknesses and it is necessary to improve it because it does not produce the necessary results. At the same time, citizens are paying dearly for mistakes made by domestic courts, while the system of accountability is lacking, it was assessed at the round table of the Centre for Monitoring and Research (CeMI).

Speaking about the number of unresolved cases before the Montenegrin courts, Nenezic said that there were 38,971 at the end of last year, while in 2008 there were 48,402.

“According to a 2018 Judicial Council report, there are still cases that have not been resolved, although they were started ten years ago, of which 2,807 cases started from 2009 to 2015, as well as 541 cases initiated by project 2009”, Nenezic said.

She said that with regard to the number of pending cases, there were only 346 control requests filed last year and a total of 69 claims for just satisfaction.

“If we look more broadly from 2008-2018. A total of 2,086 control applications were filed, of which only 169 were approved. Therefore, the number of requests adopted is low and ranges at an average level of about ten percent of the total number of requests submitted annually. Nenezic said. In the same period, 435 lawsuits for just satisfaction were filed, out of which 196 were adopted.

“Looking at the statistics related to the number of pending cases in the courts, it can be noticed that their number is in marked disproportion with the number of filed requests and lawsuits for just satisfaction and is many times lower than the total number of backlog cases”, said Nenezic.

According to her, it can be concluded that the remedy for the right to a trial within a reasonable time is still used by a small number of parties, that there is a high percentage of negatively resolved claims, especially when it comes to control claims.

Nenezic pointed to an increase in the number of pending cases within the Constitutional Court, which currently has 2,492 pending cases, compared to 24 in 2015.

Nenezic also warned of the high number of judgments of the European Court of Justice related to Montenegro, of which almost half refer to the established right to a trial within a reasonable time, and the related issue of the effectiveness of remedies for speeding up proceedings and just satisfaction. In 2018, the number of petitions before the European Court of Justice against Montenegro was 318, an increase compared to 2016 when there were 165 of them”, Nenezic said.

At the end of last year, she added, 112 cases related to Montenegro remained in progress, stating that Montenegro ranks first among all Council of Europe countries in the index of petitions filed with the European Court of Justice, per capita.

Nenezic warned that citizens were paying dearly for court mistakes, noting that most of the accepted court petitions in Strasbourg had previously been rejected by the highest court instances in Montenegro.

“We have no established responsibility in this part, and the number of disciplinary proceedings is almost non-existent. Montenegro has disbursed over one million euros in the judgments and settlements of the European Court of Human Rights in Strasbourg, not counting the latest verdict in the KIPS case that costs Montenegrin citizens more than 4.5 million euros. But this is only the beginning of paying for the domestic courts mistakes”, Nenezic concluded.

Program Manager for Civil Society of the Delegation of the European Union to Montenegro, Ana Margarida Mariguesa, said that the European Commission Report for this year states that the Montenegrin judicial system is moderately prepared and that Montenegro has made some progress in further strengthening the professionalization of the judiciary.

She stressed that joining the European Union is a choice and requires acceptance of the principles, values ​​and goals of that community, noting that it also requires continued progress on the reform agenda, especially in the area of ​​the rule of law.

Montenegro’s representative before the European Court of Human Rights, Valentina Pavlicic, said that she agreed that there were a number of cases before the Montenegrin courts, but that the Montenegrin judges had done a lot to shorten the length of the trial within a reasonable time.

“It is indisputable that there are cases where the proceedings last for more than five years 694 cases. However, we must also bear in mind the fact that we have a large number of cases before the courts. However, we cannot say that citizens are not trusted in this regard if they have already filed so many lawsuits with the Montenegrin courts”, Pavlicic said.

“When it comes to cases settled by the European Court of Justice, we have 25 cases to date. It’s not 25 petitions, it’s 25 cases, because in those cases we have unified petitions where the court united it because it was the same convention law”, Pavlicic said.

She said that the increased number of Constitutional complaints is positive, stating that citizens’ awareness has increased to such a level that they believe they should appeal to a special court for endangering civil rights.

The president of the Basic Court in Podgorica, Zeljka Jovovic, said that they had 71 requests for review last year, stating that 14 had been approved, “bearing in mind that at the level of all courts there were 346”.

Advisor to the Supreme Court of Montenegro, Ksenija Jovićević, pointed out that the issue of old cases is high in the Supreme Court agenda when it comes to internal judicial policy, noting that cases before primary courts over three years of age are monitored separately, given the position of the European Court of Justice according to which the cases lasting more than three years in one instance are more rigorously valued.

She pointed out the fact that all courts had a total of 87,676 cases, with noticeably reduced cases, we can conclude that the judges successfully dealt with old cases.

“The backlog of court proceedings may also be considered to have given rise to the institute of protection of the right to a trial within a reasonable time. The average duration of proceedings in all courts is 79 days. Up to three months, the cases were resolved the most, which is 60 percent, up to six months 12 percent, up to nine months six percent, up to one year five percent, while in 15 percent of the settled cases, the proceedings lasted longer than one year”, said Jovićević.

“In 2018, it is mentioned that as many as 23 judgments have been issued against Montenegro. As against Russia, roughly. These petitions are a huge reminder to the domestic judiciary”, Savic said.

The court in Montenegro does not decide against the state when it adopts control requests, appeals and when awarding compensation.

“They do a great service to the state. They prevent a large number of cases from Strasbourg and provide considerable financial assistance to the state. Because when a court in Montenegro, or in Serbia, awards a compensation of 300 or 500 euros, it is at least two to three times less than the compensation that a court in Strasbourg will adjudicate due to a violation of rights”, Savic explained.

He believes that an independent judiciary with a high degree of integrity is needed.

“You need a better lawyer. It is necessary that you have not only well-equipped courts and working conditions, but also good judicial administration”, said Savic.

According to him, the salaries of the judiciary should be higher.

“Judges’ salaries are not enough. Judges with better salaries are motivated to work and are more difficult to influence because they have their integrity. They are independent and know that they will receive a normal salary every month from which they and their families will live”, Savic said.

In the KIPS case, he alleged that there had been discriminatory and unlawful conduct by the local executive.

“The retaliation against that company continues today. It’s just amazing how a company survives in such conditions. I am announcing a number of other cases regarding KIPS and we hope that we will fight to improve the status of that company before the Montenegrin judiciary”, Savic said.

He believes that the Constitutional Court in Montenegro can be a very significant corrective factor.

“The criticism at the expense of the Constitutional Court that it should not interfere with the merits of decision-making is, in my view, unjustified. The Constitutional Court should do this because it will reduce the number of cases in Strasbourg, as it will correct some systemic mistakes, save the state, enhance legal certainty”, Savic explained.

The courts in Montenegro are, as he pointed out, more efficient and up-to-date than the courts in Serbia and in many other countries established in the former Yugoslavia.

“I see the need for staff strengthening and education here. The number of judges may need to be increased. This needs serious consideration. The problem throughout the region is the independence of the courts. And I repeat that economic momentum is very important for independence and impartiality in the work of the courts”, said Savic.

Vice President of The Democratic Montenegro, Vladimir Martinovic said during the discussion that Montenegro has one of the worst Constitutional Courts.

“The Constitutional Court, as it is, will not eliminate and reduce the number of applications to the Tribunal in Strasbourg, but will increase it. We have no accountability system. The rule of law in Montenegro is selective. Chapters 23 and 24 will not close soon. All the marks that come are in favor of the state not making progress in that part and that is devastating”, Martinovic said.

The representative of the Centre for Political Education from Niksic, Vera Lalatovic, said that the citizens are the most affected and that the issue of responsibility has to be raised.

“If the issue of responsibility was raised to a higher level, there would be less of such problems and negatives. And all this will be paid by the citizens. Not the state, but the citizens”, Lalatovic said.

The event was organized as part of the Judiciary Reform project: Upgrading CSO’s capacities to contribute to the integrity of judiciary , in cooperation with the Centre for Democracy and Human Rights (CEDEM) and the Network for the Affirmation of European Integration Processes (MAEIP), and it is funded by the European Union and co-financed by the Ministry of Public Administration of Montenegro. 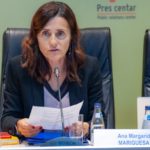 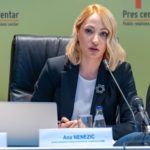 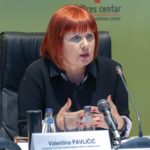 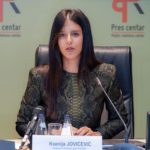 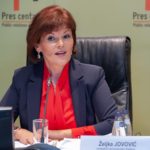 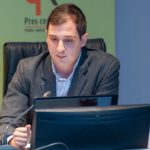 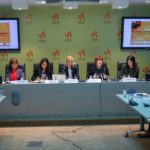 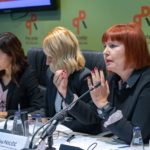 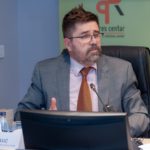 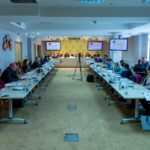 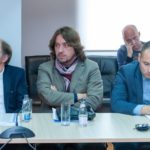 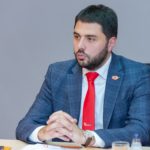 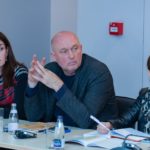 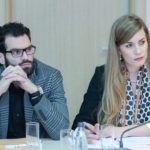 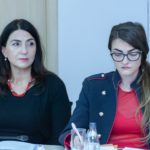