In the Past Year Two Disciplinary Proceedings Against Public Executors 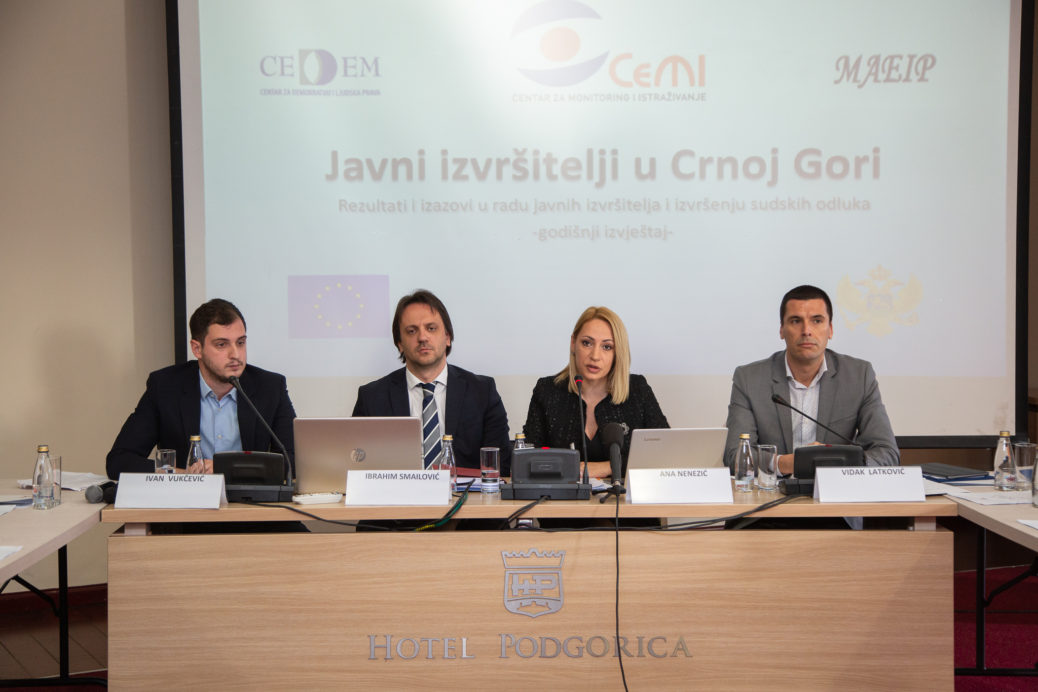 In the past year, only two disciplinary proceedings have been instituted against public executors, the supervision of their work is conducted by the Ministry of Justice, has not given results so far, but significant progress has been made in the context of the efficiency of their work.

This was announced at a panel discussion “Results and Challenges in the Work of Public Enforcement Agents and Enforcement of Court Decisions in Montenegro” organized by the Monitoring and Research Centre (CeMI).

CeMI Executive Director Ana Nenezic said that efficient and responsible work of public executors is the cornerstone of the judicial enforcement system.

“The focus of the report is on the efficiency and effectiveness of the solutions introduced by the amendments to the Law on Public Executors during 2017 and 2019, primarily referring to the system of even distribution of enforcement cases to public executors in cases where the executive creditor is a state body, amendments related to promotion of professionalism and expertise of public executors, disciplinary responsibility’’, Nenezic said.

She recalled that the changes from this year introduced an obligation for public executors to report property and income reports to the Anti-Corruption Agency (ACA).

“Therefore, in the context of the efficiency of public executors’ operations, we can conclude that there were significant changes from the previous period, and the data on the number of cases in work and the achieved results, which are reflected in the level of payment, confirm the justification of introducing public executors in the judicial system of Montenegro, thus improving the system of enforcement of court decisions”, Nenezic said.

She pointed out that during the last year, according to the annual report on the work of public executors prepared and published by the Chamber of Public Executives of Montenegro, the total number of cases in work was 72,218, while, as she stated, the total number of resolved cases was 25,566, unresolved 46,652.

“The total claim of public executors was EUR 331,069 million, while the amount of funds collected in the enforcement process was 107,539,732.3. The total amount of costs and rewards of public executors, during 2018, was 4,787,480.02. However, if data from the Ministry of Justice, which has prepared a detailed Analysis of the Effectiveness of the Enforcement System for 2018, is monitored, this data differs significantly and it is very difficult to make a comparative analysis of this data”, Nenezic said.

According to her, there is a disproportion in the number of cases in the work of public executors.

She believes that this system can not only be viewed through the prism of the efficiency of the work of public executors, but, as she said, equally important are the issues related to respecting professional standards and the effectiveness of the established system of control and accountability of public executors.

“This problem was also recognized by the European Commission in its report on Montenegro for 2019, emphasizing that “disciplinary responsibility and compliance with professional standards with executors remains a cause for concern”, and that ‘’further steps are needed in terms of improvement and adoption of professional and ethical standards by executives, including appropriate training and effective monitoring of their work”, Nenezic said.

She also pointed out that CeMIs’ analysis showed that it is necessary to continuously strengthen the application of disciplinary measures and the application of the code of ethics of public executors, by creating awareness about protecting the interests of the profession from the indecent, dishonest and unprofessional behavior of individuals in the system.

“The process of supervising the work of public enforcers, conducted by the Ministry of Justice, with a particular focus on the legality of their work, has not given results so far”, Nenezic said.

“Considering that over 70,000 employees were in front of the public executors in 2018, it can be concluded that the supervision was performed in regard to the conduct of public executors in 0.003% of cases during 2018, which in itself calls into question the efficiency of such surveillance system”, Nenezic warned.

She said that as a result of such scrutiny, there were no proceedings against public executors, “but they were followed by complaints of work submitted to the Ministry of Justice by parties and participants in the proceedings.”

“It is indicative that even with such a small sample of analyzed cases, inspectors identified serious problems of a procedural and administrative nature in the work of public enforcement agents”, Nenezic said.

She said that, according to an analysis by the Ministry of Justice, the Chamber of Public Executives did not execute ex officio control of the work of public executors during 2018, “even though it is a statutory obligation”.

Nenezic said that 62 complaints about the work of executors were received last year, stating that the Ministry had carried out 25 ex officio controls, “identifying irregularities in the work of eight executors”.

Speaking about the ethical responsibility of public executors, she said that it had not yet taken effect, stating that the Ethics Commission had been established for the first time this year at the Chamber of Public Enforcement Agents, but that there were no procedures regarding violations of the code of ethics for public executors.

“Of the 28 public executors who submitted property and income reports, eight did not report any revenue from the exercise of public office. These reports do not find information about the revenues that public executors have on the basis of performing public enforcement activities”, Nenezic said.

She warned that the applications were not uniformed and that the manner and basis of the reported revenues could not be monitored, “especially in relation to the data contained in the annual report of the Chamber of Public Enforcement Agents, but also to the Ministry of Justice, which suggests that the Agency should further check “.

“Numerous reports do not contain complete information on reported revenues. ACA should initiate misdemeanor proceedings against public executors who did not submit a property report in the legally prescribed procedure to carry out a detailed control of submitted reports on property and income of public executors in order to eliminate irregularities or supplement the incomplete information currently contained in there’’ Nenezic pointed out.

She said that members of the Chamber of Public Executives Chamber, with the exception of the President of the Chamber, did not properly declare the revenues they receive from the remuneration for work in the bodies of the Chamber, although this obligation is prescribed by the Law on Prevention of Corruption.

Director-General of the Directorate for Civil Legislation and Oversight at the Ministry of Justice, Ibrahim Smailovic, said that in order to review the work of public enforcers, he was in line with the Action Plan for the Implementation of Strategic Documents continuously adopted by Montenegro in the previous decade towards judicial reform of the system, anticipated preparation of an annual analysis of the efficiency of the functioning of the enforcement system.

“One of such analysis is the one related to 2018, which covers the period of work of public executors from January 1, 2018 to December 31, 2018. That analysis was adopted at a government session this year”, Smailovic said.

He believes that strengthening trust in the service of public enforcers can be achieved” only by lawful and responsible work and a professional attitude to their obligations.”

He pointed out that since 2015, the Ministry has submitted 19 proposals for initiating disciplinary proceedings against public executors.

“In one case, we had the most severe disciplinary measure imposed, namely the cessation of performance of the enforcement activity, we had a temporary removal of the public executor for six months, we had several fines that were imposed, as well as several warnings”, Smailovic said. .

According to him, there were several motions for initiating disciplinary proceedings, which were rejected” and it was assessed that the actions of the public executor did not produce elements indicating his disciplinary responsibility.”

Talking about regular and extraordinary supervision, Smailović said that all public executors’ offices were inspected both in the previous year and in 2017″ and because of the limited capacity of the Ministry of Justice, given the limited number of inspectors, a sample to inspect case files, objectively could not have been bigger.”

He estimated that the situation in the public enforcement service was much better than it was after their introduction into the judicial system of Montenegro.

President of the Chamber of Public Enforcement Agents of Montenegro, Vidak Latkovic, said that in that chamber they were aware of the legal responsibility that it is necessary to strengthen self-regulatory function.

He also said that several offices were visited for which there was a higher risk of irregularities in work by judicial inspectors of the Ministry of Justice and the Commission of the Chamber of Public Executives.

He believes that the introduction of even distribution, which applies to public administration bodies, has made significant progress, and that the financial viability of smaller offices has been further improved.

“It is being debated whether this is necessary at the level of the whole chamber and all objects”, Latkovic said.

Commenting on the allegations in CeMI’s analysis that some executors did not file assets and income statements, Latkovic said he was aware that the executors had difficulty completing the report.

“As a Chamber, we have been trying to mediate, to seek additional explanations, we have forwarded them and this is the first time we have submitted those reports. But what is one of the systemic shortcomings is the obligation to submit reports by March 30, and our obligation as individuals, in accordance with the Law on Income Tax, is to submit annual reports by the end of April”, said Latkovic.

He said that on the last day of March, they were not able to report on the property, “because at that moment we did not have an annual filing, which means that we submitted incomplete annual filings to report through the supplementary report within 30 days “.

“It’s absolutely impossible to hide property. We report this through regular annual reports, annual returns of our revenues to the Tax Administration, accordingly we pay taxes and other duties. At one event, I got the information that public executors are meeting obligations to the state in about 90 percent of cases” Latkovic said.

Project Coordinator at CeMI, presenting the recommendations of CeMI’s analysis, Ivan Vukcevic said that the Chamber of Public Executors should find a model by which membership fees to public executors in the Chamber will be calculated in proportion to their annual revenues.

“In addition to the mandatory publicly available financial reporting on the Chamber’s revenues and expenditures, an obligation should be introduced to show the costs of compensation for the work of each member of the Chambers’ organization on an annual basis”, Vukcevic said.

He said the Ministry of Justice should strengthen its capacity to carry out effective oversight of the work of public executors.

“Supervision should be carried out on a continuous basis, with the establishment of a detailed methodology for monitoring the work of public executors according to which the Ministry’s inspectors act”, Vukcevic said.

He said that the presidents of the courts should more proactively use the possibility of initiating the process of supervising the legality of the work of public executors in accordance with Art. 73 of the Executors Act.

“It is necessary to initiate discussions at the level of the Chamber of Public Enforcement Agents, the Ministry of Justice and the President of all courts in Montenegro, which will consider adopting a protocol / procedure in case of filing complaints about the work of public executors with competent courts”, concluded Vukcevic.

The panel discussion was organized within the project “Judicial Reform: Upgrading CSO’s capacities to contribute to the integrity of judiciary”, conducted by CeMI, in cooperation with partners CEDEM and the Network for the Affirmation of European Integration Processes, with the support of the European Union and the Ministry of Public Administration of Montenegro. 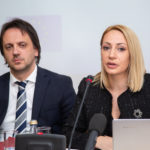 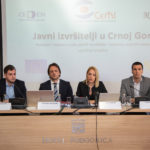 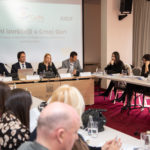 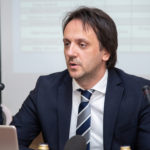 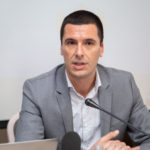 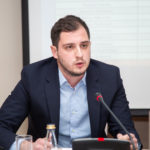 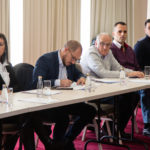 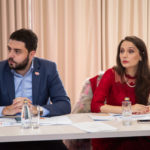 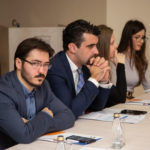 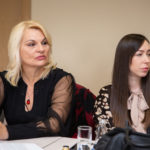