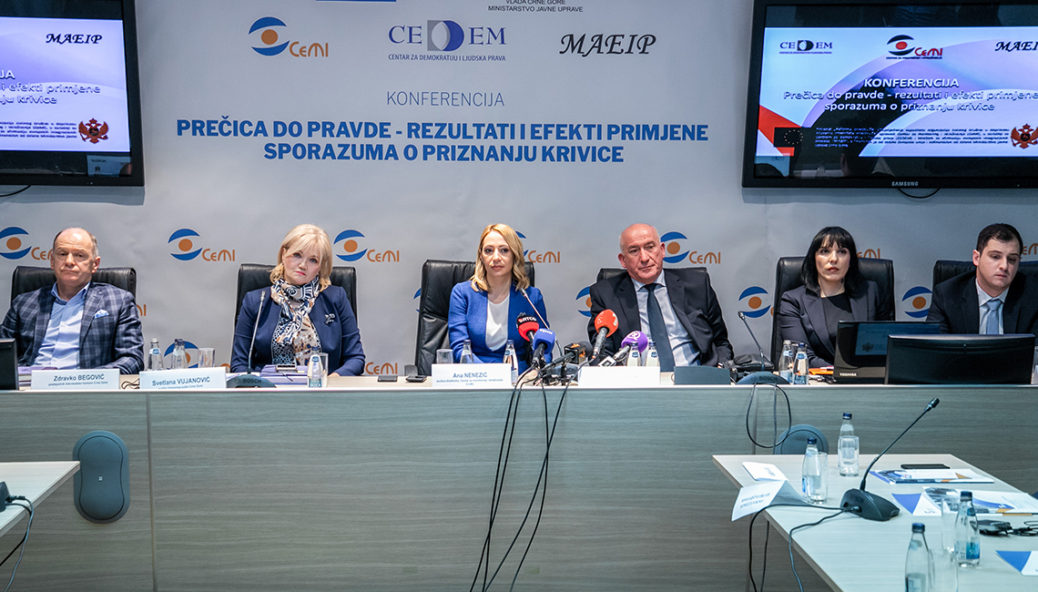 Montenegro has not yet developed a predictable case law on the application of plea agreements, as well as a balance between criminal offenses and sanctions imposed, and it is questionable how much the financial effects of the agreement have contributed to better results in financial investigations.

This was announced at a conference, “A shortcut to justice – results and effects of the plea agreement”, organized by the Monitoring and Research Centre (CeMI).

The Executive Director of the Centre for Monitoring and Research (CeMI), Ana Nenezic, said that the primary challenges in implementing the plea agreement were related to the scope of the offenses covered by the institute, as well as to the issue of criminal policy.

“Namely, we have a plea bargain that should not be concluded for serious crimes (such as organized crime, high corruption, drug, arms and human trafficking) which, given the manner of execution and / or consequences, should not or it should be a rare practice justified by the circumstances of each case, which is not the case now”, Nenezic said.

According to her, criminal policy is generally perceived as mild and inadequate from the point of view of meeting the goals of general and special prevention.

“The appropriate balance between the crimes committed and the sanctions imposed was not achieved. Besides that, the practice shows that we do not have a coherent criminal policy, that is, Montenegro has not yet developed a predictable case law regarding the application of a plea agreement”, Nenezic said.

She said it was important to consistently publish the plea agreements concluded and confirmed in order to increase transparency, “which is not the case now”.

“The financial effects of the agreement are present, but it is still questionable to what extent their conclusion has contributed to the achievement of better results in financial investigations, the reach of which in so-called cases of high corruption remained extremely modest in regard to assumed (but not proven) income generated by criminal activity”, Nenezic said.

By doing so, she added, it does not contribute to the development of case law on these acts, “on which the European Commission also insists, since it does not reach the trial stage.”

Nenezic believes that in cases of organized crime, in parallel with investigations and in correlation with the conclusion of a potential plea agreement, a proposal should be submitted for the temporary seizure of property, ie conducting a financial investigation into the origin of property and money.

“It has shown that in the cases where the plea agreement was concluded, the financial investigations did not produce results, and it should be taken into account that the request for permanent seizure of the property can be filed, now with the changes from last year, within two years after the final judgment by which the defendant was convicted”, Nenezic said.

Head of the European Union Delegation to Montenegro, Aivo Orav, assessed that the application of plea agreements in the legal system has the potential to assist the judiciary and state authorities, stating that the use of agreements between defendants and prosecutors, with strict judicial scrutiny, can enhance credibility and efficiency of the criminal justice system.

“However, concrete measures need to be taken to limit the use of these agreements to exceptional cases in order to increase the transparency and reliability of the judiciary’s response to organized crime and corruption through a more consistent sanctioning policy”, Orav said.

“This highlights the need to reduce the discrepancy between punishment and crime”, Orav added.

Director-General of the Directorate for Justice at the Ministry of Justice, Marijana Lakovic-Draskovic, said that in very few cases the court refused to conclude a plea agreement, stating that in the first six years the court has done so only in two cases.

“In the previous period, the value of confiscated proceeds of crime was over € 32.5 million only in cases where a plea agreement was concluded. Comparing this data with the data from the period when this institute was not applicable, they show that significant progress has been made regarding the confiscation of property”, said Lakovic-Draskovic.

Legal Affairs Coordinator at the Centre for Monitoring and Research (CeMI) Ivan Vukcevic said that from 2016 to 2019, Cemis’ Legal Team monitored 624 cases in Montenegrin primary courts.

He said one of the key findings related to the observed agreements was that the conclusion of the plea agreement was initiated by the Prosecution in 30 cases, while the defendant or his defense attorney did so in 104 cases.

“Agreements are most commonly concluded in cases regarding the criminal offenses of the illicit manufacture and placement and trafficking of narcotic drugs, illicit possession of weapons and explosive substances, illicit trafficking, forgery of documents, violent behavior, grave acts against the safety of public transport”, said Vukcevic.

He said the plea agreement had imposed 69 prison sentences, 17 fines totaling 94,146 euros, while the sentence in the public interest was imposed in 11 cases.

“There is a need to work on a more proactive approach by the State Attorney’s Office in proposing a plea agreement, in all situations where legal requirements are met and when it is assessed that criminal proceedings will be completed most effectively. On the other hand, the prosecution should make a cautious decision on the defendants’ initiative, always bearing in mind that the purpose of the sanction should be served, the interests of justice met, and no harm done to the injured party in the particular proceeding. In this way, it will contribute to the construction of national practice in the long-term implementation of this institute”, said Vukcevic.

Judge of the Supreme Court of Montenegro, Svetlana Vujanovic, believes that the court plays a crucial role in the plea agreement.

“It is for the court to assess whether the plea agreement has met all the criteria that it is required by law to meet and to take this responsibility very seriously”, Vujanovic said.

She assessed that the position of the injured party in the proceedings was completely marginalized.

“The injured party did not give up anything and everything was taken away from him. What is his position in the plea agreement – he is gone. The complaint of the injured party in the proceedings is completely amputated”, Vujanovic said.

She believes that it is necessary to amend the law to the extent that criminal offenses against life and body, sexual freedom and domestic violence cannot without the consent of the injured party result in a plea agreement.

Vujanovic highlighted two cases in CeMIs’ report related to the recognition of an agreement in cases of sexual offenses and domestic violence, stating that it was unacceptable to apply the agreement in such cases.

Speaking about the right to a reasoned decision, Vujanovic believes that the injured party and the public are entitled to it.

“Only good reasoning restores citizens’ confidence in the court. This must be done for the sake of the citizens”, Vujanovic said, stating that the Law should be amended to examine a decision, ex officio, by a Court of Instance.

Chief Special Prosecutor Milivoje Katnic said that the plea agreement had achieved its objective and that its results were significantly better “than the regular and adversarial proceedings in comparative cases, than otherwise.”

He said that 21 indictments were filed in the Special State Prosecutor’s Office (SSP) between January 1 and December 1, 2019, involving 137 persons.

“The plea agreements were concluded in 13 cases. Out of 13 cases, four have been completely resolved by agreements, and nine cases have been partially resolved – the proceedings are pending before a court for 37 persons, and one person is waiting a court decision”, Katnic said.

“The plea agreements were concluded in 29 cases with 120 people. Out of 29 cases, nine cases have been completely settled by agreements, and 20 cases have been partially resolved – the proceedings are pending before the court for 71 persons, and for one person the court decision is pending”, said Katnić.

The president of the Bar Association, Zdravko Begovic, assessed that the plea bargain was expedient and  it justified its existence.

“In the opinion of the lay public, the criminal policy may be too mild. However, it is not quite so. With the use and application of this institute, things have changed dramatically”, Begovic said.

“That harm must be paid into the Budget account before the agreement itself is signed”, Begovic added.

The conference was organized as part of the Judiciary Reform project: Upgrading CSO’s capacities to contribute to the integrity of judiciary, conducted by CeMI, in collaboration with the Center for Democracy and Human Rights (CEDEM) and the Network for the Affirmation of European Integration Processes (MAEIP), and it is co-financed by the Ministry of Public Administration of Montenegro. 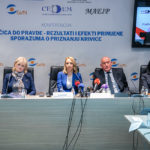 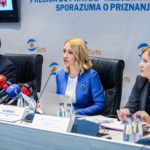 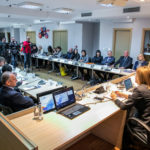 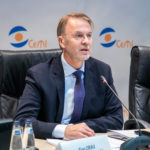 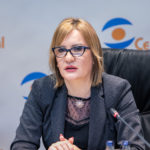 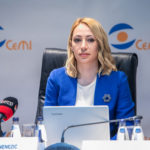 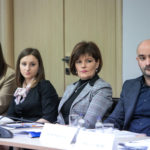 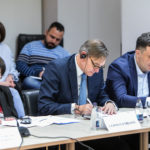 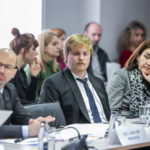 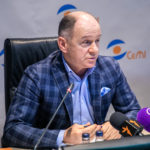 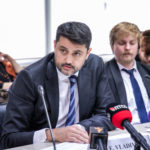 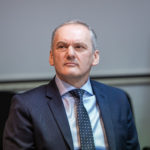 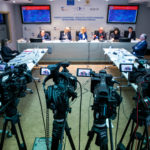 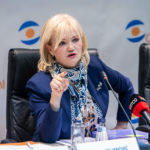 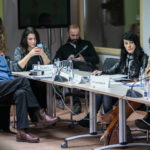 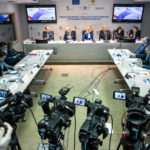