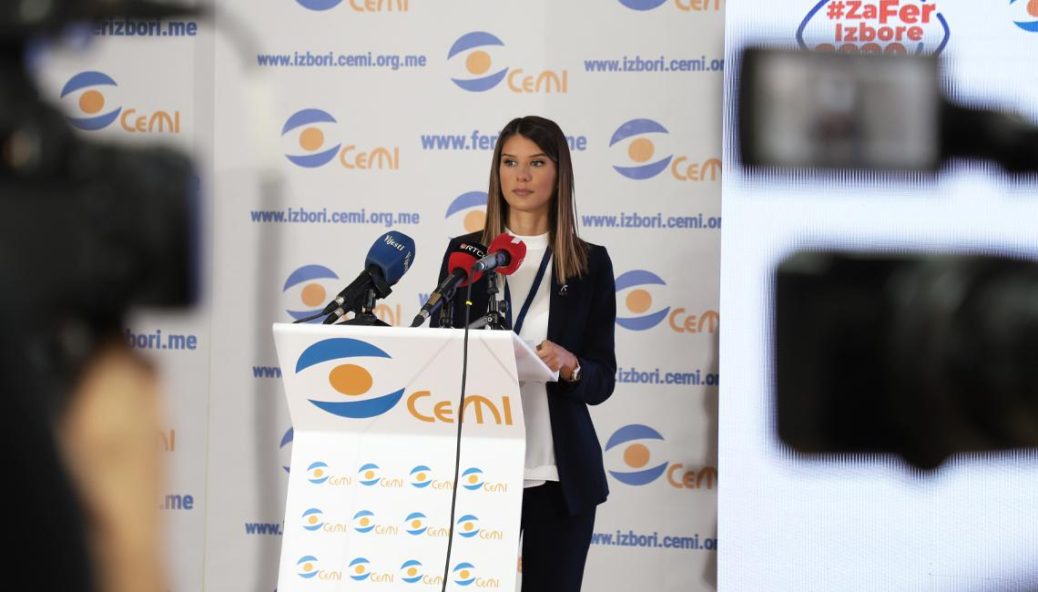 In the Parliamentary elections in Montenegro, 35.4% of voters voted by 11 AM

“In 95% of polling stations, all members of the polling board wear masks all the time, while in 5% of polling stations this is not the case. When it comes to the gender structure of PBs, we have the information that 78% of PB have a man as the president of the PB, while in 22% of PBs that position is covered by a woman. When it comes to the opening procedure, our observers gave PBs an average grade of 4.4 in the range of grades from 1 to 5” said Bjelic.

According to the pieces of information CeMI’s observers are providing from the field, a large number of citizens are noticed not to respect the recommendations of the National Coordinating Body on keeping physical distance, especially when it comes to waiting in line in front of the PSs.

A number of irregularities were noted during the election process:

“A large number of voting secrecy violation cases was registered, primarily by the voters themselves in the way that the ballots were photographed, not folded in the booth, but in front of the polling boards, as well as by loudly saying which list they circled on the ballot. Cases of two persons entering the voting booth at the same time were also reported, and these were the cases where the law does not allow it. In some polling stations, the polling board annulled these ballots, while we also have a completely different practice of polling boards recorded, “said Bjelic.

For the sake of the specific example here are some irregularities:

A member of the polling board folds the ballot instead of voters, which violates Articles 71a and Article 82 paragraph 3 of the Law on Election of Councilors and MPs.

A member of the polling board puts ballots in the ballot box instead of voters, contrary to Article 82 paragraph 3 of the Law on Election of Councilors and MPs.

The Center for Monitoring and Research – CeMI will communicate the processed turnout data during the election day, voting trends, assessment of the results after the closing of polling stations to the public through regular press conferences and media presentations. The websites to follow are: www.izbori.cemi.org.me, www.ferizbori.me, www.cemi.org.me, www.prcentar.me