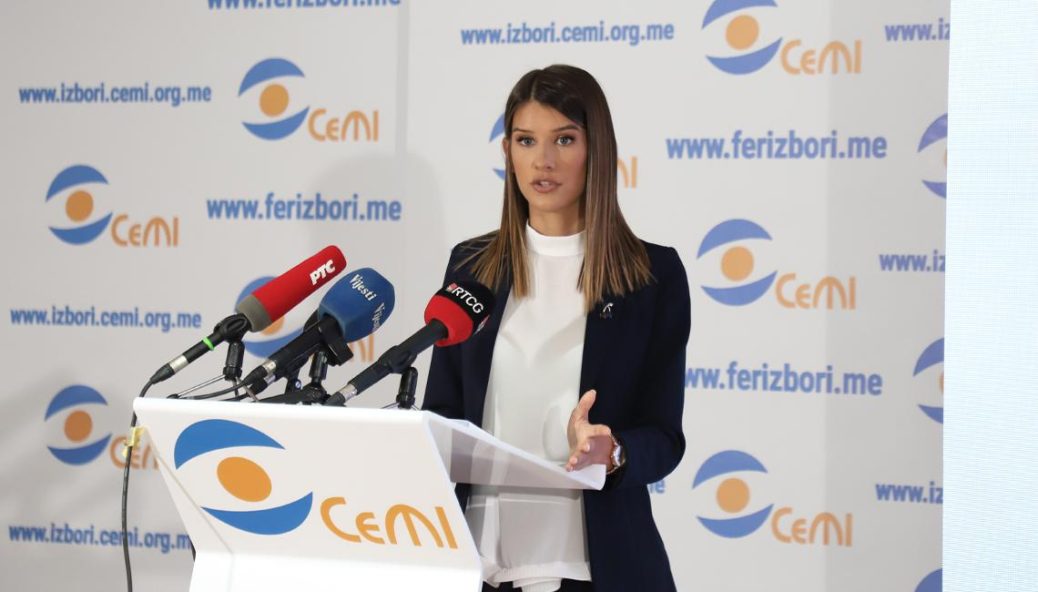 In the Parliamentary elections in Montenegro, 54,1% of voters voted by 13 PM

According to the pieces of information CeMI’s observers are providing from the field, a large number of citizens are noticed not to respect the recommendations of the NCB on keeping physical distance, especially when it comes to waiting in line in front of the PSs.

When it comes to irregularities, as she said, there were reports of mass violations of the rules on visual identification of voters at a number of polling stations.

“Namely, CeMI’s observers, but also a large number of citizens, reported the violations of Art 68 of the Law on the Election of Councilors and MPs as well as recommendations of the SEC. Among the rest, these imply polling boards not requiring the removal of the protective medical mask for the purpose of voters’ visual identification, which potentially enables voting with someone else’s identification document. “Loud utterance of voters’ names and surnames by polling board members was noticed during the identification of voters, which is contrary to the provisions of the Law,” said Bjelic.

For the sake of the specific example here are some irregularities that happened:

A book with voters’ names was briefly taken out of the building where the voting takes place.

So far, CeMI’s legal team has received more than 400 reports of irregularities, which is significantly more than in previous years.

“Irregularities received are in the process of verification, which is why the total number is still not visible on the web site. Immediately upon the verification process completion, the irregularities are published and it is possible to see them by following the websites www.ferizbori.me and www.izbori.cemi.org.me “, explained Bjelic.

She called on the citizens to continue reporting irregularities through the Ferizbori application, which is available to all Android and ISOS devices, and can be downloaded from the website www.ferizbori.me.

The Center for Monitoring and Research – CeMI will communicate the processed turnout data during the election day, voting trends, assessment of the results after the closing of polling stations to the public through regular press conferences and media presentations. The websites to follow are:  www.izbori.cemi.org.me, www.ferizbori.me, www.cemi.org.me, www.prcentar.me