In the Parliamentary elections in Montenegro 68,4% of voters voted by 17 PM 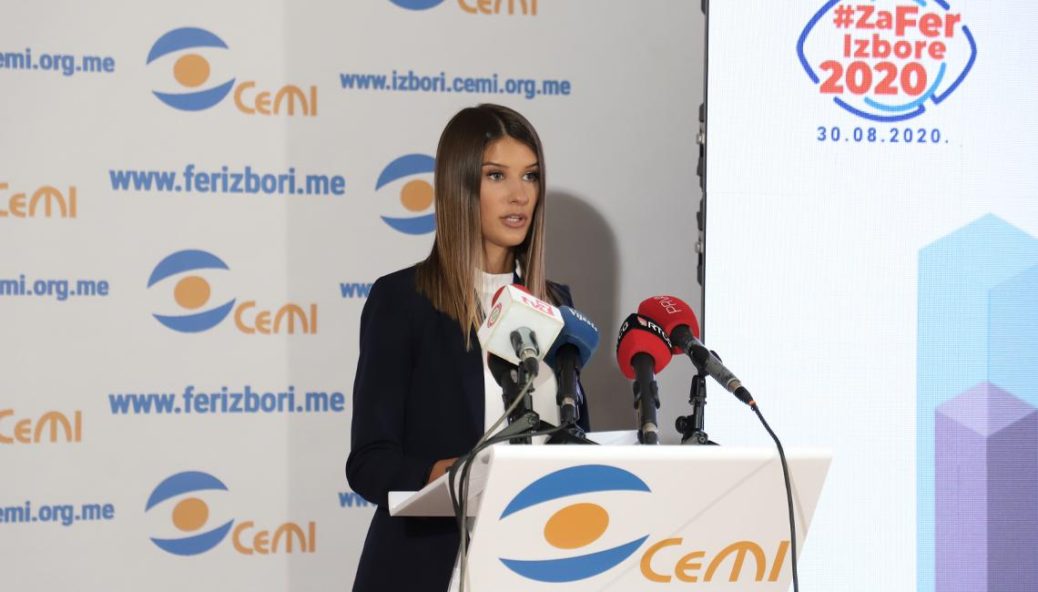 According to her words, 550 irregularities have been received so far, 471 out of which do not refer to non-compliance with NCB recommendations related to decreasing of the epidemiological risk, while 79 irregularities refer to that in particular.

“Comparing the data on reported irregularities that do not relate to violations of the NCB recommendations, the data are as follows:

According to the pieces of information CeMI’s observers are providing from the field, a large number of citizens are noticed not to respect the recommendations of the NCB on keeping physical distance, especially when it comes to waiting in line in front of the PSs.

For the sake of the specific example here are some irregularities that happened:

During identification, voters are not asked to take off their masks and show their faces in order to determine that the person who is voting is indeed the person from the ID card. This is contrary to the Technical Recommendations in the area of arrangement and epidemiological protection of the polling station.

The voter did not fold the ballot properly, i.e. she left her voting choice visible. Although members of the polling board warned her and demanded that she return to the voting booth to correct it, she did not do so, but in front of the ballot box. The ballot was not declared invalid. This way, the voter violated the secrecy of the ballot, Article 69A paragraph 1 of the Law on Election of Councilors and MPs. The polling board did not act correctly as they did not make the ballot invalid.

The voter took out his phone to take a picture of the ballot. The ballot was annulled. This way, the voter violated the secrecy of the ballot, Article 69A paragraph 1 of the Law on Election of Councilors and MPs. The polling board acted correctly as it made the ballot invalid.

The Center for Monitoring and Research – CeMI will communicate the processed turnout data during the election day, voting trends, assessment of the results after the closing of polling stations to the public through regular press conferences and media presentations. The websites to follow are:  www.izbori.cemi.org.me, www.ferizbori.me, www.cemi.org.me, www.prcentar.me