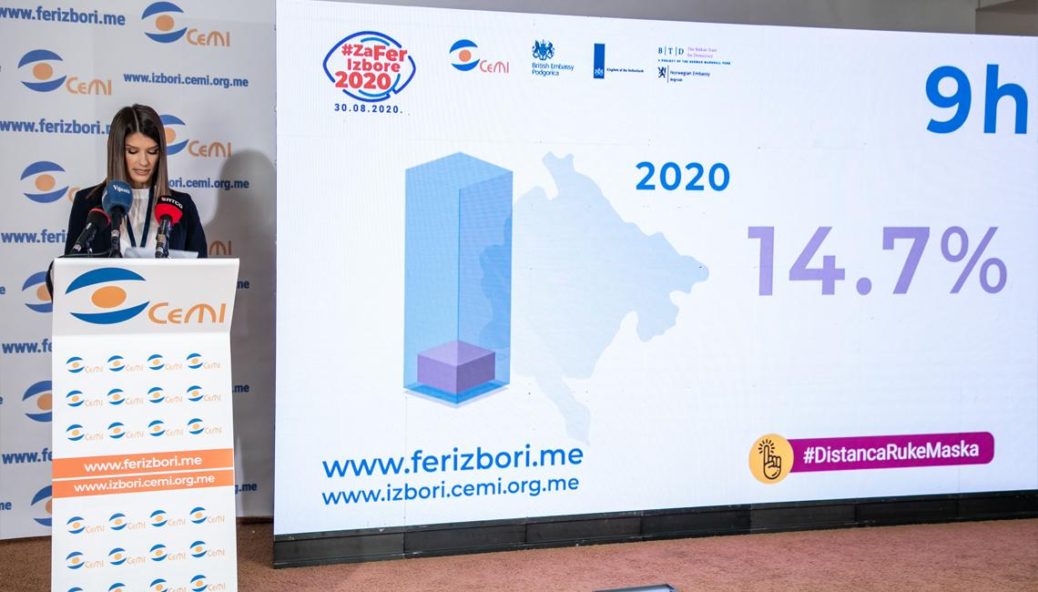 In the Parliamentary elections in Montenegro, 14.7% of voters voted by 9 AM

CeMI’s PR coordinator, Maja Bjelic, said that when speaking about the regions, the turnout was as follows:

There is a noticeable increase in turnout until 9 o’clock compared to 2016 parliamentary elections, when the turnout was twice as lower than today.

According to her, a number of irregularities were noticed (82 reports received). Some are:

The President of the Polling Board is saying the names and surnames of the voters as well as their ordinal number out loud, which grossly violates the secrecy of voting. Such conduct is a violation of Article 69 of the Law on Election of Councilors and MPs.

The first voter voted and the ballot inserted in the box without being torn beforehand. They later took it out and tore it up, thus violating Art 79.

The location of the polling station Glavice no. 9 was changed, so it is not located in the house of Mujesira Sabovic, but in the house of Esad Purisic at Hridska bb. This is a violation of the Art 65 paragraph 2 of the Law on Election of Councilors and Members of the Parliament.

The Center for Monitoring and Research – CeMI will communicate the processed turnout data during the election day, voting trends, assessment of the results after the closing of polling stations to the public through regular press conferences and media presentations. The websites to follow are:  www.izbori.cemi.org. me, www.ferizbori.me, www.cemi.org.me, www.prcentar.me