BASED ON 49.8% OF THE SAMPLE PROCESSED, THE FIGHT BETWEEN THE DPS AND COALITION “FOR THE FUTURE OF MONTENEGRO” IS FAIRLY EVEN 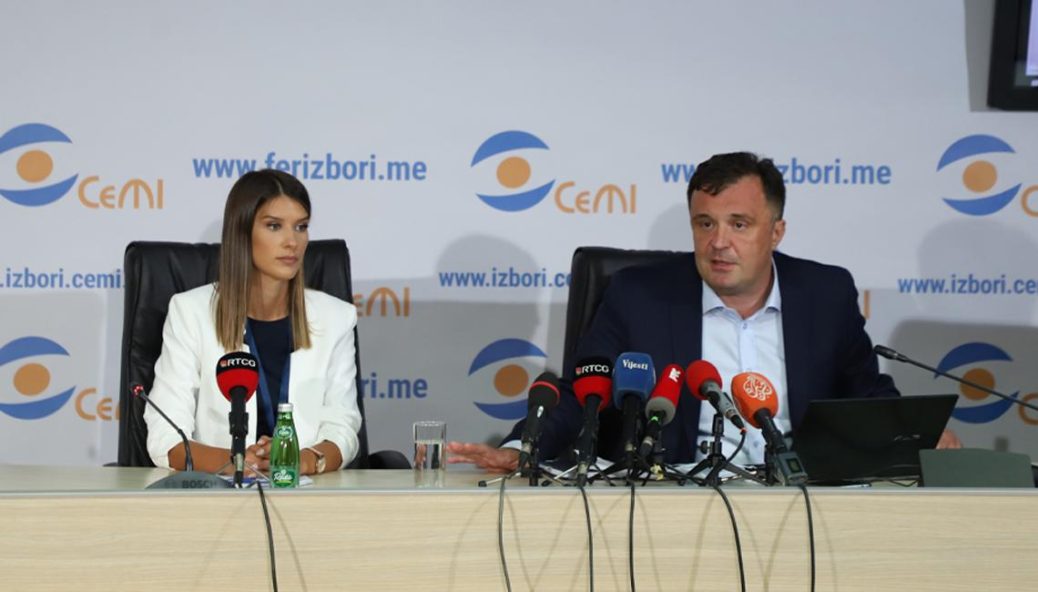 Based on 49.8% of the sample processed, the fight between the two coalitions is fairly even. Decisively for Montenegro! DPS – Milo Djukanovic, has 34.2%, while “For the Future of Montenegro” has 33.7%, it was announced at the press conference of the Center for Monitoring and Research CeMI.

He explained that the Montenegrin electoral system has a complex way of allocating mandates for minorities.

“If any of the Croatian lists exceeds 0.35%, it gets reserved mandates, even though it does not contain a d’hondt quotient. If the Albanian lists exceed 0.7%, their results will be summed up, so in this case they will get 2.6%, which means 2 mandates for the Albanian parties” said Vujovic.

CeMI’s coordinator Maja Bjelic said that irregularities recorded during the Election day are still arriving, and that CeMI’s legal team had received a total of 702 irregularities by 19h, out of which 440 and 62.7%, respectively, were reported by CeMI observers and 262, i.e. 37.3% by Montenegrin citizens.

“Grouped by categories, 51 reports, or 7.64% of irregularities relate to violations of NCB measures and SEC Technical Recommendations,” said Bjelic.

She added that the largest number of irregularities referred to the violation of the voting secrecy, i.e.  169 reports or 25.33%.

“Voters taking photos of ballots were referred to in 60 reports, unfolded ballot in 33 reports, public announcement of the vote cast in 8 reports, voters’ names being said out loud by polling board members or party observers in 42 reports, voting of two or more voters in the same voting booth in 20 reports, said Bjelic.