MORE THAN 70% OF THE SAMPLE PROCESSED, “IN BLACK AND WHITE” AND THE BOSNIAK PARTY ALMOST CERTAINLY PASSED THE CENSUS 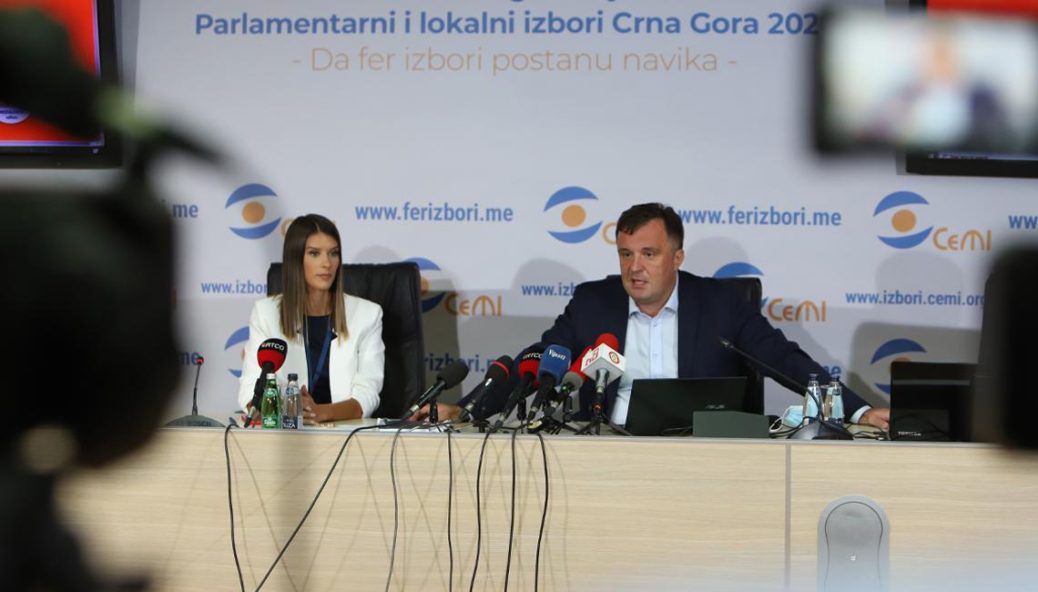 Based on 71.2 percent of the sample processed, it is almost certain that the coalition “In black and white” and the Bosniak Party passed the census, said the President of CeMI’s Steering Board, Zlatko Vujovic.

“Based on this, we can announce the preliminary results, but we must explain our electoral system. It is very possible that several parties are fighting for the census, and for now, we can almost certainly say that URA and the Bosniak Party passed that census. “When we talk about Social Democrats, they are quite stable and above the threshold, and we expect that their parliamentary status, even after the data from other polling stations arrive, is not in danger” said Vujovic.

He stated that the status of the Social Democratic Party of Montenegro is uncertain, which, as he announced, is currently above the threshold.

Speaking about the parties that won the most votes, Vujović said that these are “Decisively for Montenegro! DPS – Milo Djukanovic” and “For the Future of Montenegro”.

“The coalition “Decisively for Montenegro! DPS- Milo Djukanovic” did not vary much from what we announced at the first press conference, i.e. 34.7% or 29 mandates at the moment. The coalition “For the Future of Montenegro” has won, for now, 33.1% or 27 seats. We must be aware that the mandates will vary and that they essentially depend on whether some parties will pass the census. “First of all, I am thinking of those parties that we mentioned, but also national minorities’ parties due to the complex system of mandate distribution” Vujovic said.

He stated that the mandate of HGI, which currently has 0.2%, is in question.

“From our processed sample, we can see that data did not arrive from a lot of polling stations, such as Kotor and Tivat, where traditionally this political party has strong support, so we need to have understanding and patience. The Albanian list won 1.5%, and the Albanian coalition 1.1%, according to which we can say they are to win two mandates, “said Vujovic.

He said that the most important thing, at the moment, is to achieve reliable results.